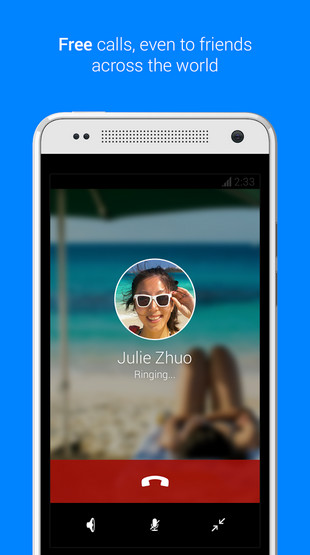 Facebook has recently updated its popular Messenger application for mobile devices. If you have never used Facebook Messenger, it is an application independent from the Facebook app that allows you to send and receive messages from your Facebook friends by using your data connection. The application is similar to texting, but has a more robust set of features including:

One of the more interesting new features is the ability to call friends using your data plan. This feature was available in the beta, but is now available to all Facebook Messenger users. The new update is currently available for iOS (version 4.1) and Android (version 4.0). The Windows Phone version (version 3.1) was also updated but did not add the Wi-Fi calling feature.