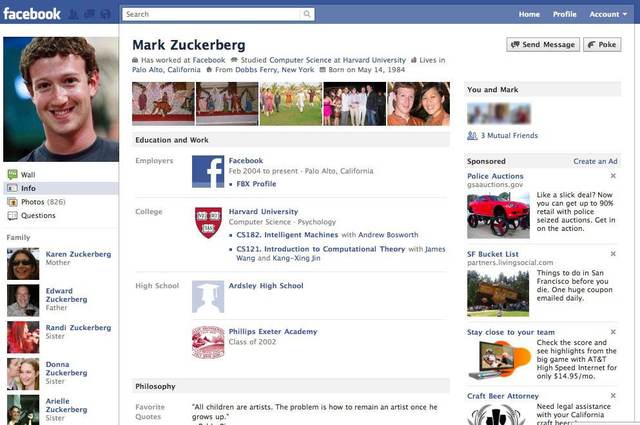 Those of you hanging on to the pre-December 2010 Facebook profile - it's time to say your final goodbyes.

Little over a month after the Palo Alto-based company first announced an overhaul of profile pages, Facebook is making the new layout compulsory and will be rolling it out to all users starting today.

Among the key changes in the ''new'' layout are: the addition of a quick summary at the top of each profile which lists at-a-glance details like where you work, where you live, relationship status and birthday; a row of recently tagged photos; a move away from tabs, with previously tabbed items shifted to the left; and more room for family and significant others to be highlighted.

As with each new layout design - there have been at least eight since Facebook launched in 2005 - the latest changes sparked outrage among some users, with groups such as ''New Facebook Profile Sucks.'', ''We hate the new profile page...please change it back!'' and ''I Hate the New Facebook Profile'' attracting tens of thousands of angry Facebookers. Considering the social networking giant recently reached 600 million users, it is unlikely the company will ever be able to please everyone. For those of you who just can't let go of the old profile layout, take a look below and remember all the good times. 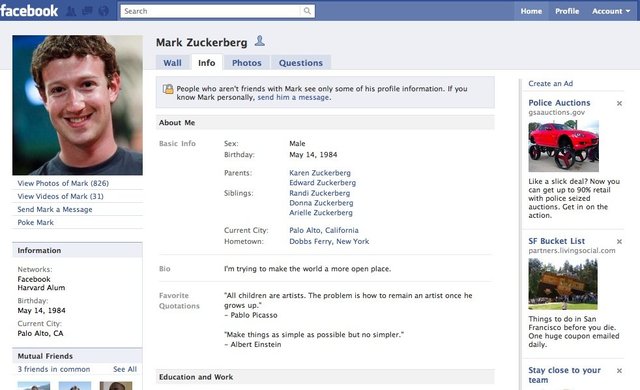