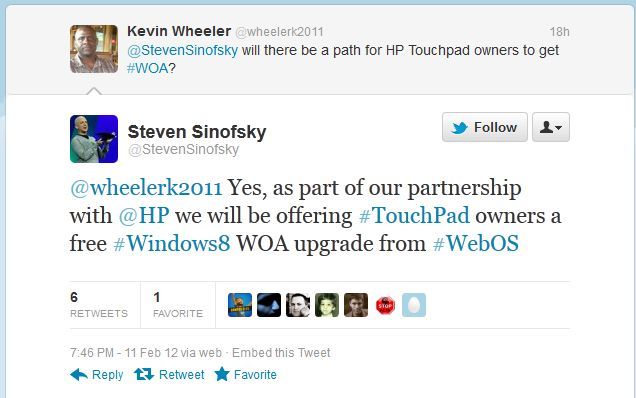 Someone's having a bit of fun on Twitter this weekend, but Microsoft doesn't seem to be laughing that much. Earlier this weekend, a Twitter profile page was created someone who said he was Steven Sinofsky, the current development lead on Microsoft's Windows 8 operating system.

The Twitter user states up front, "Oh, I'm not 'the' Steven Sinofsky by the way. He's got a little project to focus on for now." However, he has been spending the weekend answering questions from people as if he were the real Sinofsky. He's been claiming that that HP TouchPad owners will be getting a Windows 8 upgrade and also saying that Microsoft want's to license MC Hammer's "Can't Touch This" as the official theme song for the Windows 8 launch.

Later Microsoft seemed to back down a bit on those threats. In another Twitter post responding to another user it stated, " ... all in good humor, too much mail from confused people as account name a bit too real. follow the rules is all we ask :-)."

Ironically, there is another such impersonator on Twitter, F. (for Fake) Steven Sinofsky. He doesn't seem to qualify for the same treatment as this new Twitter user. Also, F. Steven Sinofsky hasn't updated his page since December 6, 2011. 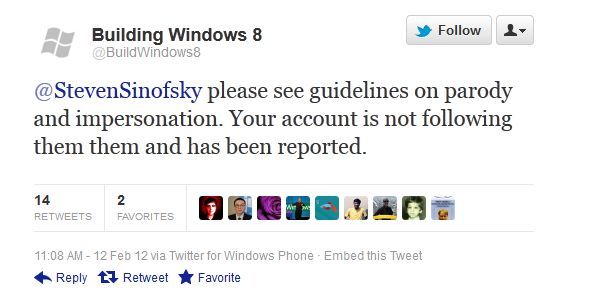 Update - The "fake" Steven Sinofsky has now renamed his Twitter account so there's no doubt about his identity.