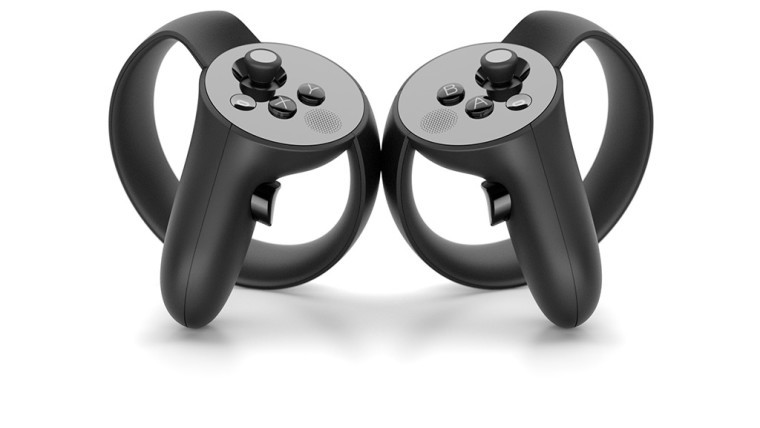 The Oculus Rift head-mounted display originally launched in the US with an Xbox One controller included in the box. The company’s own Touch controllers are almost ready for launch though, and thanks to a leak we now have an idea of how much they’ll cost.

Now, thanks to the overenthusiastic efforts of Media Markt, an online digital retailer in Europe, we finally have a better idea of what to expect from Oculus’ fancy controllers. The retailer apparently leaked some data with a product page that was made public prematurely. As mentioned above the price is set at €199 EUR including tax, which translates to approximately $225 USD. However, given the higher price of electronics in Europe, we wouldn’t be surprised if the launch price in the US is around the same $199 figure.

Secondly, we also got to learn some very basic specs of the controllers. Their dimensions are given as 114.3mm x 96.5mm x 104.1 mm, with a weight of around 127 grams – we’re guessing that’s for each controller.

It’s interesting to note that the high price of the controllers, added to the Oculus Rift price, gets you around the €899 mark, which is the same price that the HTC Vive sells for, which does include motion controllers. In other words, the price seems to be accurate and not just a placeholder, though Oculus may try to bundle its devices, and offer users a discount, to undercut its competitor.

In either case, the Oculus Rift headset will be launching in Europe on September 20th, and there’s strong reason to believe the Touch controller will be launching at the same time. If that’s the case, we only have a couple of weeks to wait before we find out what Oculus has been working on.