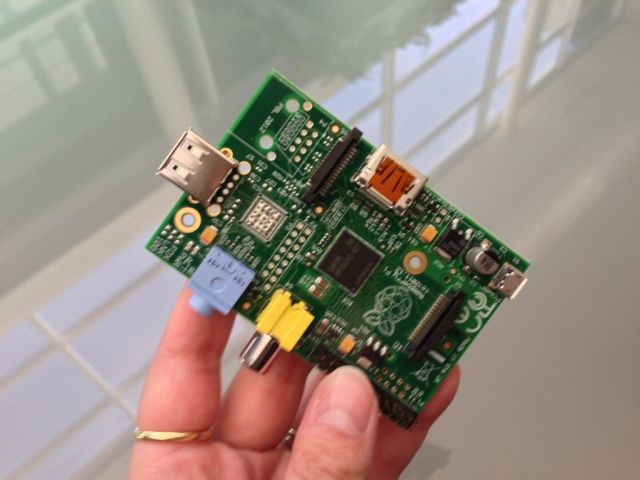 In April, after months of anticipation, the UK-based Raspberry Pi Foundation finally began shipping the $35 version of their tiny and bare-bones Linux PC. The specs of the machine included a 700 MHz ARM11-based processor, 256 MB of RAM, two USB 2.0 ports, an Ethernet port and an HDMI port. Later, the team added 512 MB of RAM to the $35 model.

However, the Raspberry Pi Foundation had also announced plans to launch an even cheaper $25 (plus tax and shipping) version of their PC. Today, the group revealed that the first engineering samples of the $25 "Model A" PC had finally been made in their Wales facility.

The Model A PC will have 256 MB of RAM, but will have just one USB port and no Ethernet port. The $25 model will also use much less power than the current $35 "Model B". The group added:

We’re seeing demand for the Model A from people making industrial control modules, from roboticists, from people doing automation, for a bunch of headless operations – and, significantly, for people who want to use the Pi as a very cheap media centre.

The team hopes to start shipment of the Model A Raspberry Pi PC in early 2013. Meanwhile, the group said that the Model B version has seen 429,000 units shipped from one of their two distributors. They do not have figures from their other distributor yet, but they expect those shipment numbers to be "only a little lower."