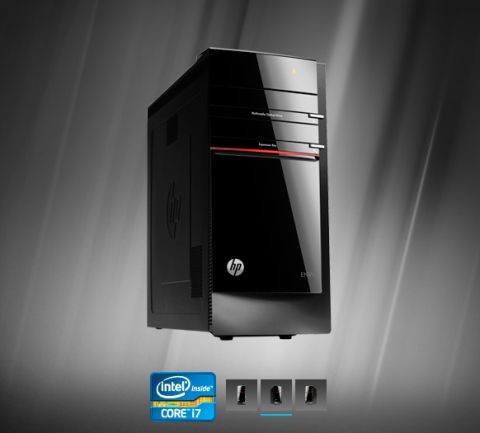 Rahul Sood is never one to mince words. Sood is perhaps best known as the founder of the gaming PC company VoodooPC, which was acquired by HP in September 2006. Sood worked for HP until 2010 when he went to join Microsoft. Before he left, however, Sood helped launch the HP's Envy brand of PCs.

This week Sood, who is currently in charge of the Bing Fund at Microsoft, took his former employer to task on his Twitter page. He stated, "I thought I’d seen everything, then I saw the 'HP ENVY H8' desktop...what the heck guys? Is this code for I give up?"  He then linked to the HP ENVY h8-1420t Desktop PC page on HP's website.

In another Tweet, Sood said his issue was not with the PC itself, but with the name, "HP Envy h8", which he inferred looked and sounded a bit like "Envy Hate." Tom's Hardware contacted Sood about his Twitter message and Sood replied back with this statement:

I've always said that brand is so much more than a logo on the box, it starts with culture, which leads to product, which leads to evangelism and community – and all of that becomes the soul of your brand. The HP Way is still one of my favorite business books, and HP is a pioneer in this industry and an icon in the Valley. Let's hope they find the HP Way again.

This is not the first time Sood has been critical of HP and its handling of the Envy brand. In October, he posted a note on his personal blog site where he linked to an article that talked about HP putting out a line of printers with the Envy name. Sood said that the article showed how HP had "made a mockery of ENVY."