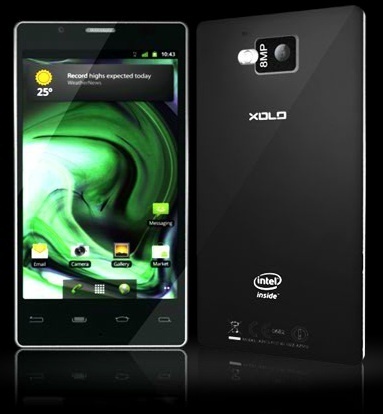 Intel may rule the PC processor industry, but in the growing world of smartphones, other companies like NVIDIA and Qualcomm provide ARM-based designs for most smartphones. Now Intel says it is ready to finally make its move into the smartphone chip business.

As part of its quarterly financial conference call on Tuesday, Intel CEO Paul Otellini stated, "Expect to see another important milestone for our business later this week. The launch of the first Intel architecture-based smartphone."

News.com reports that the phone referenced by Otellini is in fact one made by the Indian-based company Lava. The processor itself will be an Intel Z2460 Atom chip that will run at 1.6 GHz. It will also have 16GB of storage, 1GB of memory and run Android 2.3, along with a 4.03-inch touch screen and 8MP camera. All in all, the hardware specs are respectable but not extraordinary.

The article states that another Intel-based smartphone from Lenovo is due out very soon and other smartphone makers such as HTC and Motorola will release their own devices with "Intel Inside" sometime later this summer. It will be interesting to see if Intel can make any sort of dent in the ARM-dominated mobile phone business.