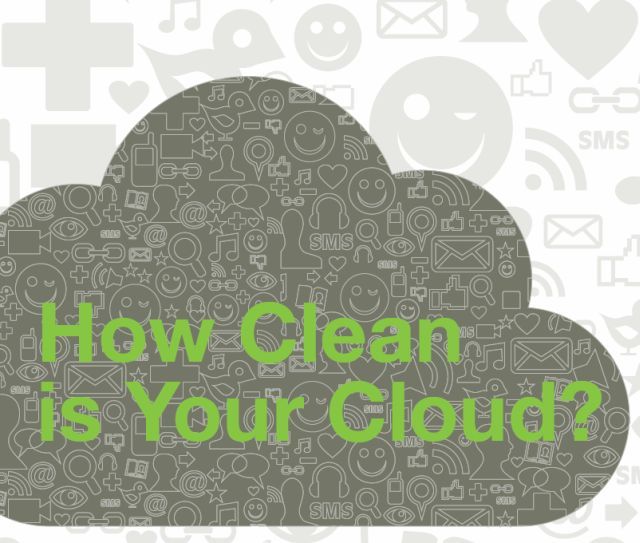 Cloud computing is supposed to be the wave of the future as more consumers and businesses use files stored on remote servers that can be accessed anywhere via a wireless net connection. But all of those servers need an energy source in order to run. Now the environmental group Greenpeace has issued a report that takes a number of companies, including Microsoft, to task in terms of the use of coal and nuclear energy sources to power cloud servers.

According to the report:

Three of the largest IT companies building their business around the cloud – Amazon, Apple and Microsoft – are all rapidly expanding without adequate regard to source of electricity, and rely heavily on dirty energy to power their clouds.

The report claims that Microsoft's cloud servers only get 13.9 percent of its energy from so called "clean" sources such as fuel cells and solar arrays. Amazon is slightly worse with 13.5 percent and Apple is only a little bit better with 15.3 percent. Apple is condemned in the report for allegedly relying on coal for 55.1 per cent of its energy requirements; Google, by contrast, relies on coal for just 28.7 percent.

Greenpeace says that other companies that rely on cloud computing have better track records for using clean energy sources. It says that both Yahoo and Google have supported using renewable energy sources and adds that Facebook has also shown some efforts as well, saying,  "Facebook took the first major step in that direction with the construction of its latest data center in Sweden, which can be fully powered by renewable energy."

Apple has already contested Greenpeace's report. PCWorld.com states that, according to an Apple statement, it plans to supply 60 percent of its power for a server farm in Maiden, North Carolina with on site solar cells and fuel cells, adding that they "will each be the largest in the country." Microsoft and Amazon have yet to comment on Greenpeace's report.