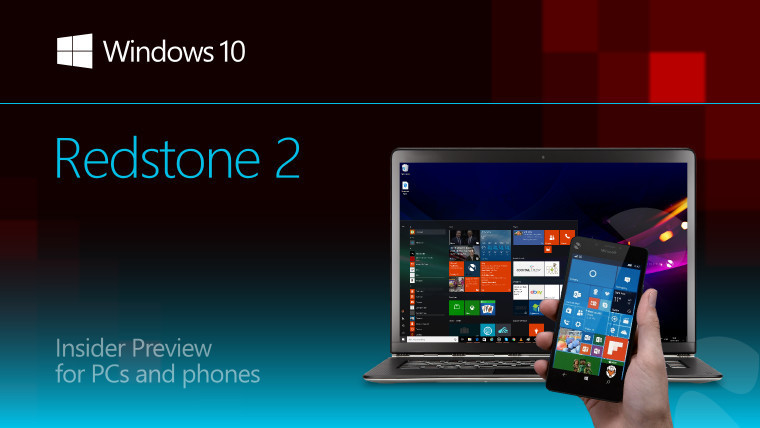 The Windows 10 Anniversary Update is still rolling out for PCs, and will soon be available for phones too (...probably), but Microsoft is now preparing for what comes next for its OS.

Today, it revealed that the first new Redstone 2 builds from its Development Branch will target PCs, and won't be available for Windows 10 Mobile devices until "a few weeks after". In a post on the Windows 10 Feedback Hub, it also gave Insiders some idea of what to expect from upcoming builds.

Early Redstone 2 builds won't include "any big noticeable changes or new features", the company said today. As with its development of Redstone 1, which later became the Anniversary Update, Microsoft said that it will initially be...

...focusing on making some structural improvements to OneCore. If you recall – OneCore is the shared core of Windows across PC, tablet, phone, IoT, Hololens and Xbox. It is essentially the heart of Windows. We’re doing some code refactoring and other engineering work to make sure OneCore is optimally structured for teams to start checking in new features and improvements in a few months.

Microsoft warned that these earliest Redstone builds "may include more bugs and other issues that could be slightly more painful for some people to live with". It recommends that those who aren't prepared to deal with these issues should consider downgrading to the Slow or Release Preview rings, for more stable builds.

Alternatively, you may even wish to opt out of receiving Insider Preview rings entirely - if you're considering that option, check out our guide on how to do so.