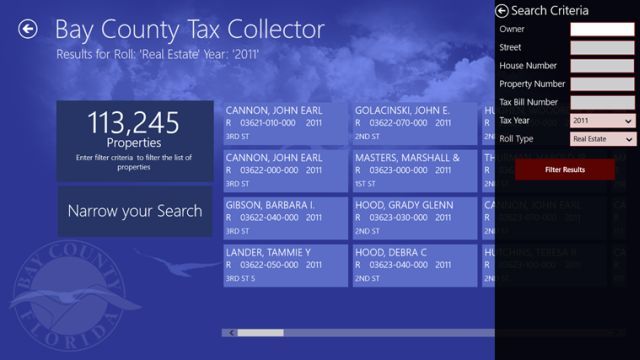 That has now changed as the first government Windows 8 app is available to download from the Windows Store. The app itself will appeal to a very limited number of Windows 8 users. It's made specifically for the Bay County, Florida tax office.

The app is designed to let users search for property and real estate taxes in the Bay County, Florida area. Again, unless you are looking for some beach front property in Panama City, this isn't for you. The app itself was made by a company called VisualGov Solutions, which has made software for other government organizations.