From what has been shown off so far, Windows Phone 7 has been missing a very important feature, that feature is web video. However, it appears that hope is not lost. 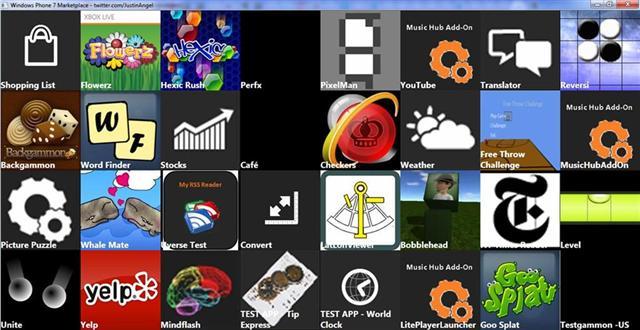 According to Engadget, “A former Microsoft program manager with access to the Windows Phone 7 Marketplace tweeted the above picture earlier this week, which shows that there are at least placeholders for a variety of games and productivity tools as well as Yelp and YouTube.”

MobileTechWorld claims that they have previously seen the image above while visiting the Microsoft Redmond Campus. However, they also state that Justin Angel, who works for Vertigo Software, has decided to post the screenshot on Twitter.

The image shows that Microsoft has already posted these apps that we have previously seen on a Channel9 video. It also shows that several third-party apps are now available. Another major revelation that comes via this image is that there is a YouTube extension for the Music & Video hub.

Apparently, this means that Windows Phone 7 users will have the privilege of being able to access YouTube videos on the Zune Hub. Finally, MobileTechWorld claims that Microsoft has already proven their understanding of the importance of updating Windows Phone 7 as it has apparently already started updating the platform.