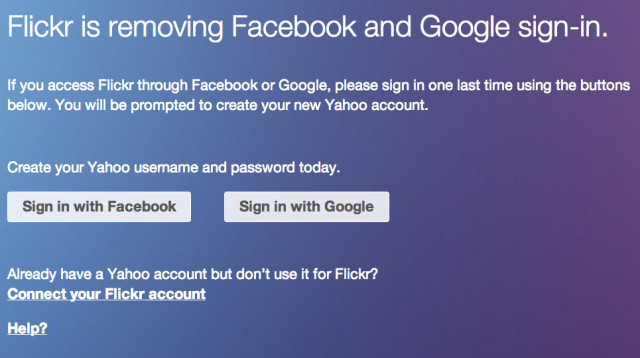 Flickr started as a photo and video hosting service in 2004. It was acquired by Yahoo in 2005 and has expanded its offerings over the past decade. The service has a community of close to 100 million users and has an app catalog that spans across all mobile platforms including iOS, Android, and Windows Phone. The mobile app can be used to create stunning photos with its unique filters and editing features.

The push is an initiative by a new Yahoo that is trying to claw its way back to relevance. CEO Marissa Mayer has made multiple changes and enhancements to the company since starting her position in 2012. While this will be a bold move for Flickr, those already using the service will most likely comply with the login changes in order to avoid having to move potentially hundreds of gigabytes of photos and videos to a competing service.