Microsoft had already announced that there would be no upgrade path from the Release Preview to the RTM version of Windows 8, and for whatever reason you'd still want to be able to do this, it appears it's now possible with an easy (unsupported) workaround.

A blogger over on the Knowledge Exchange going by the name of "Mrdenny" posted the details on how to fool the RTM to allow the upgrading of the Release Preview and earlier versions of Windows 8 as far back as the Developer Preview. This trick should work on any version of a test Windows 8 build anyway.

Simply find the n:\sources\cversion.ini file on the media and open it with notepad. Change the two numbers from 8508 to 7100 save and close the file. 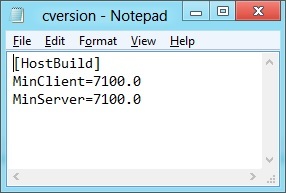 Of course, in order to do this you'll have to extract the RTM ISO file to disk and make the change to cversion.ini and then install locally, which is pretty normal for an upgrade anyway.

Just know it isn't supported, and as Mrdenny points out, it's not thoroughly tested if this actually upgrades all the bits properly.

The same trick could be applied to Windows 7 when it was released back in 2009.