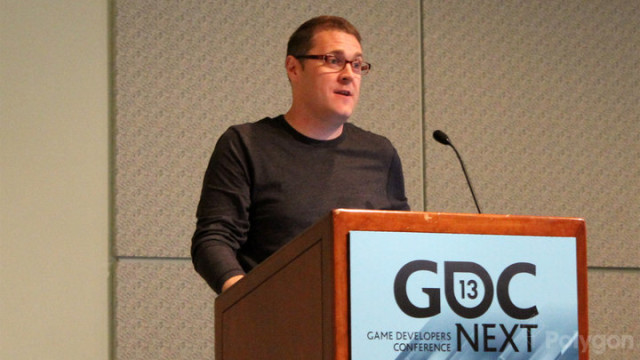 In April, Adam Orth was a man working pretty quietly at Microsoft Studios as a creative director and was about to leave the company thanks to a new job offer. That was before he went on his Twitter account and posted the following message: "Sorry, I don't get the drama around having an 'always on' console. Every device we have is 'always on'. That's the world we live in. #dealwithit".

That simple message was enough to create what Orth now calls an "Internet firestorm" of hate against him personally from many game enthusiasts. This week, during the GDC Next conference in Los Angeles, Orth talked for the first time about his experiences after that message was posted. He said that he lost that job he was going to take and left Microsoft voluntarily four days after the message was posted.

Microsoft later said that Orth's Twitter posts were "inappropriate" and during his presentation Orth said, "While I stand behind that opinion as well as the right to have and express it, how I said it and how I conducted myself was wrong. This was a conversation I should have had with my colleagues over a beer rather than on Twitter."

The effects of Orth's comments extended well beyond his departure from Microsoft. During his speech, he showed a number of messages directed toward him from Internet users that included personal threats as well as many racist and homophobic remarks. Orth says that many people in the game industry have now become "desensitized to this insane behavior." He urged other game developers who have to deal with abusive Internet comments to speak up rather than just accept it.

Orth says that the "always on" incident turned out to be a good thing for him, saying that it forced him to mature as a person. He is now happily working in Southern California at a new game development studio. Orth stated, "This event changed me positively and profoundly forever. With the help of friends, family and deep personal reflection, I came out the other side stronger."