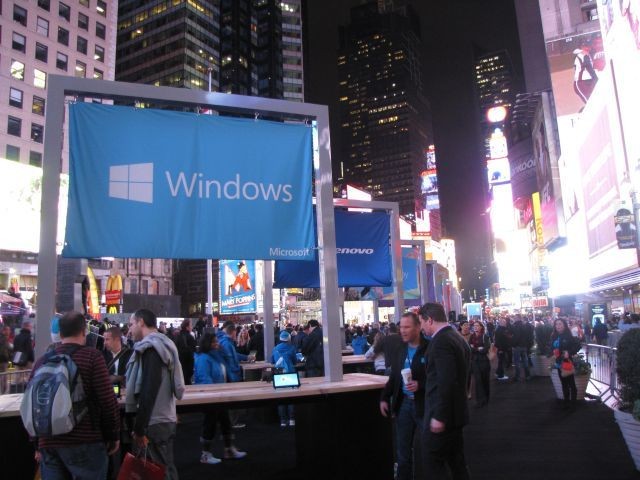 It's been over two months since Microsoft launched Windows 8 with a massive Times Square event in New York City. Now that Microsoft's latest PC OS has been available commercially, you might think that the debate over Windows 8 would have calmed down a little. Not a chance.

This weekend, the Neowin message boards launched a new thread with the subject line, "Mum vs Windows 8 - attempting a shutdown." The discussion centered on a YouTube video that was posted a couple of days ago that show an older woman that was having issues figuring out how to shut down her Windows 8 PC from the modern user interface.

Neowin member King Mustard stated that he felt this was evidence of a poor design choice for Windows 8, saying:

Yes! It took me ages to figure out how to shut down Windows 8 without using the power button on the system (which, by default, only puts the system to sleep). Ridiculous. Sure it only takes 30 seconds, but only if you've spent AGES trying to find it.

Another Neowin member, Guth, also feels the power button in Windows 8 could have been designed better, saying:

this is the only gripe i have about win8, stupid place for the power option. My mum, sister AND father, all have called me atleast once to ask "how do i shut my fecking pc down!!!!???" and i did show all three how to do it! People forget about the charms bar

Others didn't share his opinion. One is MorganX, who writes in the thread:

Windows 8 has some issues, this isn't one of them. At some point someone told her how to click the start menu and select shutdown. First time she's shutting down on windows 8, just say move mouse to upper left corner, then go down to settings. Wouldn't have had to tell her anything else.

A few days ago, the Windows 8 Mail app came up for discussion in our forums. One Neowin reader, +ultimate99, clearly doesn't care for it, saying, "This app greatly lacks features to be a main/default email client." However, reader Deviate_X, seems to like it, saying, "It simple clean and to the point, if you want more capability then there are many many many alternatives."

Some Neowin readers are debating whether or not to just wait for the next Windows update, which is rumored to be released sometime later this year. One Neowin member, Orange Battery, says:

I haven't found much in 8 that justifies my upgrade, if anything it makes things harder (unless you're on a tablet, it works well with fingers, just not mice). I can't imagine Blue doing much for the ui, ms have made their minds up and its touch all the way. Basically I would say keep 7, if you don't have a tablet then wait for win 9 and hope ms change their direction a bit.

Take the plunge while the offer is still available! No one knows anything about the so called "Blue" release so don't let it get in the way of what you want. Windows 8 is a great OS and I strongly advise you upgrade on the fronts of security, stability, performance and many improvements to the UI including the new start screen, task manager and file explorer/copier!