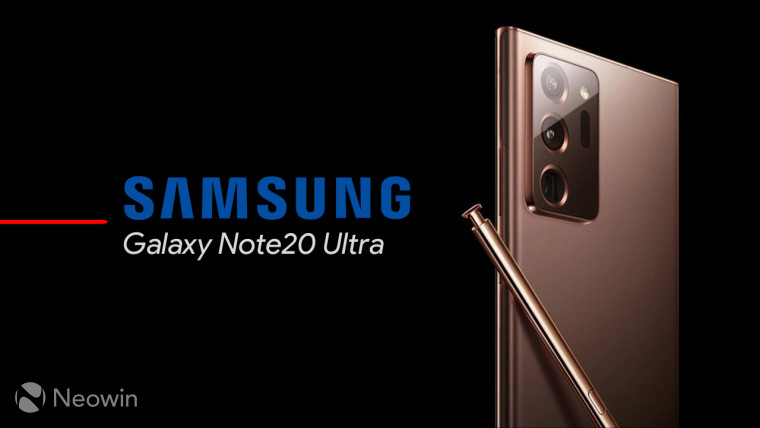 Samsung is slated to announce a slew of devices at its virtual Unpacked event in a couple of days, including the Galaxy Note20 series, second-generation Fold dubbed the Z Fold2, Watch 3, Buds Live, and more. Details about most of the devices have leaked extensively, providing everyone a glimpse of the design and specification of the offerings. However, tidbits are still being uncovered before the official unveiling.

A new detail found by Twitter user SaudiAndroid (via XDA-Developers) in the Note20 Ultra’s FCC filings suggest that the device could sport an Ultra Wideband (UWB) chip, letting the phones communicate with other Note20 devices when in close proximity. Ultra Wideband technology uses radio waves to not just communicate with and receive signals from other devices – like Bluetooth –, but also can pinpoint the precise angle and location of a receiver in relation to itself to enable efficient short-range communication.

Apple introduced a UWB chip in its iPhone 11 series of phones and claimed that the use of the technology is to give the phone “spatial awareness”, which is leveraged by AirDrop for “directionally aware suggestions”. The technology could also be used with the rumored AirTags item tracker, references of which were spotted in an iOS 13 tutorial video.

If Samsung does enable the chip in its Note20 line, it will be interesting to see which applications will leverage the technology. The firm could tout advantages to the AirDrop-like Quick share feature. It would not be surprising if the South Korean firm introduces its own item trackers that use the technology.

It must be noted, however, that if the said feature is indeed built into the Note20 line, it may not be available in all regions since some markets prevent the use of certain frequencies in consumer devices.