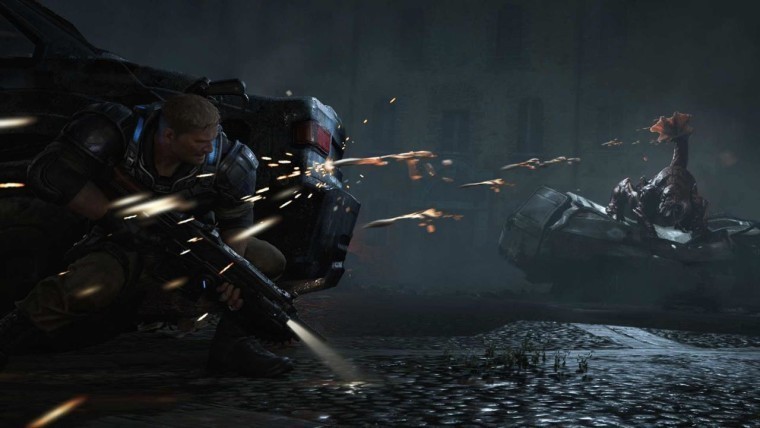 There's no shortage of news for Gears of War fanatics. Last year, Microsoft's 'The Coalition' dev studio released Gears of War: Ultimate Edition, a 1080p/60FPS Gears of War re-master that featured a special edition Xbox One bundle as well as a back-catalog of Gears of War games that were released in the months following the game's launch. While the re-mastered Gears of War has claimed a lot of the spotlight for the franchise in recent months, it's the upcoming Gears of War 4 game that has us all clamoring for details, and it looks like we have some new info to share.

In an interview with Official Xbox Magazine US, The Coalition studio head Rod Fergusson, who's been a part of the franchise since the beginning, shed some light on a couple details regarding Gears of War 4. Fergusson says that The Coalition really wants to keep the essence of the Gears franchise alive in this upcoming game, but players should expect some tweaks to the formula that are intended to keep the game feeling fresh.

As for the technical side of things, Fergusson and his crew have high expectations for GoW 4:

This "graphical showcase" includes the expectation of maintaining a 60 FPS benchmark and perhaps displaying content @ 1080p, something the hot-selling Halo 5: Guardians managed to achieve for the most part just a few months back. The visual showcase is no-doubt a sticking point for The Coalition when it comes to the Gears franchise - the studio is readying a release of Gears of War: Ultimate Edition for Windows 10 with major system requirements that output the game in 4K resolutions.