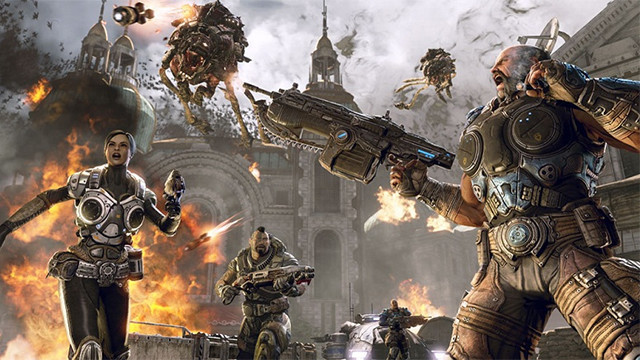 Microsoft unveiled the first TV and movie projects that it will release and/or develop as part of its Xbox Entertainment Studios division earlier today, under its Xbox Originals banner. However, the company is already thinking ahead towards using Microsoft's games IP as source material for future TV shows.

Polygon reports that Xbox Entertainment Studios is currently in very early discussions with the game studios behind titles like Gears of War, Age of Empires, Fable, Forza and State of Decay to see if they could be developed as TV projects. Microsoft Entertainment president Nancy Tellem is quoted as saying:

In the past, for example, when you look at Gears of War, Hollywood has approached the game studio and they've tried to develop features. The thing that's great is that we're effectively their in-house arm, where we're conscious about the brand, about the fans, and we take their lead as opposed to the other way around.

The company is already working on a Halo live action TV series, with Steven Spielberg as one of its executive producers, along with a separate Halo digital feature project with Ridley Scott as one of its producers. In fact, Polygon reports that filming for the Halo feature is scheduled to begin sometime this week.