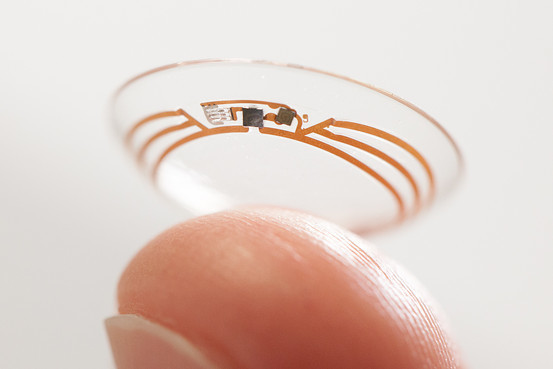 On Monday, Novartis announced an agreement with Google to license and commercialize contact lenses that measure the patients' glucose level, which were first unveiled by Google X team back in January. The lenses consist of a tiny sensor and antenna, measuring the glucose level through tears.

Google described the electronics used as "so small they look like bits of glitter" and stated the antenna is thinner than a human hair. The electronics used are placed between two soft layers of the contact lens and can transmit data wirelessly to other devices. The prototype can assess glucose levels every second.

Novartis Chief Executive Joe Jimenez stated this technology can also be used to improve eye health and this kind of advancement is a step towards going beyond traditional treatment techniques. Novartis is now hoping to produce the first prototypes for research and development purposes by early 2015. The financial details of the deal are not yet known, but Jimenez believes the smart contact lens technology will generate considerable new revenues for Novartis.