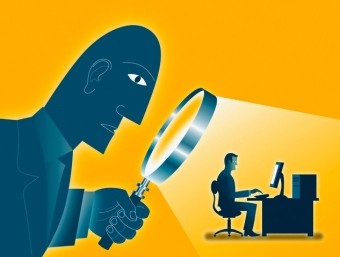 Since Edward Snowden turned Internet security upside down there has been a great deal of information floating around; accurate and otherwise. Companies such as Apple, Microsoft and Google were vilified for seemingly handing over user data to the government agency, while secure email services such as Lavabit shut their doors.

A number of companies have banded together with a White House panel, hoping to use the First Amendment as a platform for divulging more information on NSA practices. Among these companies are Facebook, Yahoo and Google.

Google in particular claims misinformation about their relationship with the NSA has damaged both their reputation and their business; though most intelligence inquiries are merged with criminal investigations, they claim only 1,000 or so NSA letters annually.

Unfortunately, it seems this is the most Google can divulge yet, though they have filed with the U.S. Foreign Intelligence Surveillance Court:

The government has identified no statute or regulation that prohibits such disclosure and it is not appropriate for this court to undertake the essentially legislative function of creating such a prohibition.

On Sunday, Brazilian television claimed NSA interception of Google communications, and this has only poured more fuel on the fire. A spokesman for the company stated the following:

As for recent reports that the U.S. government has found ways to circumvent our security systems, we have no evidence of any such thing ever occurring.

The "Review Group on Intelligence and Communications Technology," as it is known, is expected to produce an interim report within two months. Whatever their findings, it is probable we'll see more NSA-related drama.

Though available information focuses a great deal on Google, it seems unlikely other groups are letting the opportunity pass by. This isn't Facebook's first foray against the NSA either; in July they cooperated with Microsoft against the NSA as well.