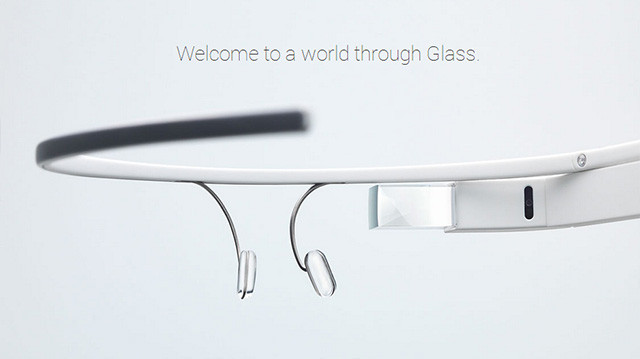 There's a lot of excitement at the moment surrounding Google Glass, which is set to go on-sale to the public at the end of the year. If you're particularly interested in how the digital eyewear works, and what sort of technology is packed into the frame, Google has today published the tech specs of Glass.

Google says vaguely that there is a "high resolution display" in Google Glass, which is apparently the "equivalent of a 25 inch high definition screen from eight feet [2.4 meters] away" - although other documents reveal that the actual resolution of the display is 640 x 360. When it comes to Glass' audio, it's powered by a bone conduction transducer, removing the need for an in-ear earpiece and keeping the overall look quite sleek.

The camera on the eyepiece, located just to the side of the display, is 5-megapixels and capable of 720p video recording. There's also Wi-Fi 802.11b/g built in (no 802.11n apparently), as well as Bluetooth, a 16 GB flash memory chip (of which 12 GB is usable) and a battery good for "one full day of typical use". The packaging will also come with a microUSB charger for Glass, which Google advises you use to "preserve long and prosperous" use of the unit.

Google has also said that Glass will work with any Bluetooth capable phone, which is of some interest, although it looks like GPS and SMS messaging only work through their MyGlass Android companion app. More information will likely become available on Glass shortly, as word is the first Explorer units are coming off the production line right now.