Several days ago, Microsoft announced that its Bing Maps division had completed the United States portion of its high resolution image project. Today, Google announced that it had also increased the amount of high res imagery for both Google Maps and Google Earth. 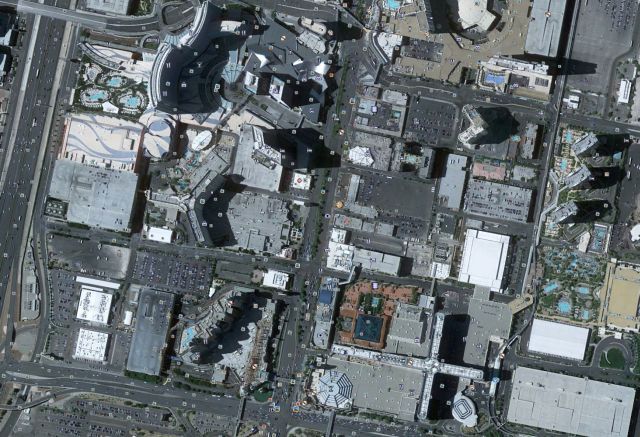 Areas of the Earth with the higher resolution aerial images include Las Vegas, (shown above) Pamplona, Spain, Munich, Germany and more. Better satellite image updates have been put in place in the US, Australia, Greece and even North Korea.

Google Maps has added 45 degree images for 23 US cities, including Buffalo, NY, Indianapolis, IN and others. Five cities in France and two in Spain are also the subject of the new 45 degree imagery.

Google has set up a website where people can set up an email notification to find out if updated Google Maps images are available for their part of the world.