Google's search engine crawls all corners of the web on a daily basis and because it is so massive, there are a few millions of links that copyright owners would prefer to have removed from the company's search index. The requests are now coming in so frequently, that every 8 milliseconds Google is receiving a takedown request, compared to one request per six days back in 2008. 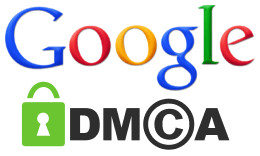 The information comes from Google's Transparency Report which indicates that last week alone, 7.8 million links were removed, and as you can see from the graph, the trend is only rising with the spike during the last few days. 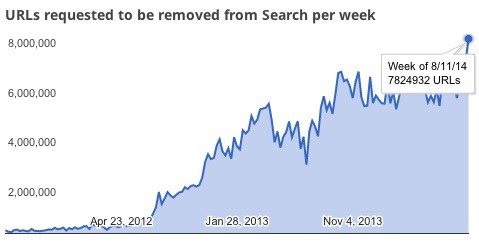 There is no clear reason why last week had a surge in requests, but as the web continues to grow and more content is added, it seems logical to conclude that the DMCAs that Google receives on a daily basis will continue to rise. Google does try to automatically detect pirated content, but the fact that they still receive millions of DMCAs per week shows that their system is far from perfect.

There are also issues with DMCAs that are issued inaccurately, or done so with malicious intent such as when Neowin's Facebook page was taken down by a false submission.

DMCAs are an imperfect process to deal with this pirated content, but until another solution is found, it's an issue webmasters will have to deal with for the foreseeable future.