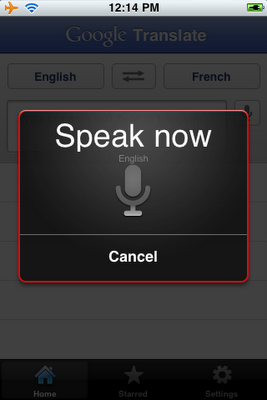 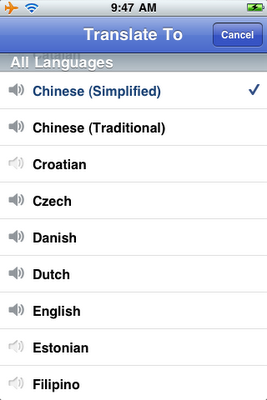 The new application allows for 15 supporters languages to be translated from voice to text. The application works by setting you spoken or written language at the top, and the translated to language next to it. To activate the translation, click on the microphone button beside the text box, and begin speaking.

The application even comes with two handy features, such as full-screen mode, allowing you to magnify your translation to show off to your friends. The second neat feature, is the playback voice button. This feature allows you to play the translation back in any of the 15 supported voice languages.

The Google Translate app for the iPhone is a free download, and available now on the Apple App Store.