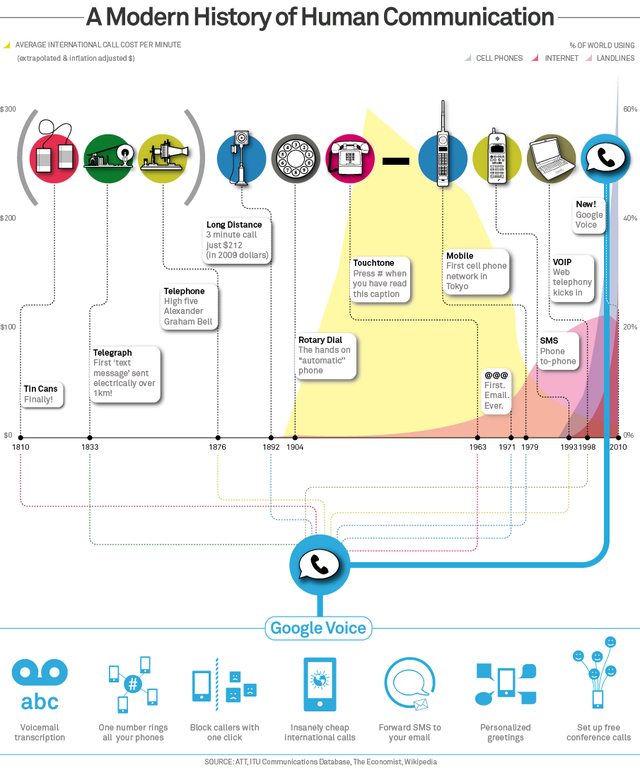 Google Voice has officially been opened to the public. Announced on the Official Google Blog, Google is making their easy-to-use phone number management system available to anyone who desires its goodness.

Opened in beta form a little over a year ago, Google Voice gives users complete control over their phone number. The service, which was known as GrandCentral, prior to being acquired by Google, allows users to manage their phones, voicemail, SMS messages, and more, all through the Google Voice website or application. The Google Voice app is available for various mobile platforms. The Android version, however, is the easiest to set up and provides the best overall integration. With this control, a user can decide what happens when a specific person calls, block callers, manage transcribed voicemails, record calls, call international numbers at cheap rates, and so much more. By using a single number to encase all of one's phones, a person will never have to worry about changing his or her phone number again.

Available at google.com/voice, residents of the United States can now take advantage of Google Voice and the control it has to offer. Invites were previously only available from other Google Voice users or by signing up and waiting for Google to invite you directly. Now, everyone can use it. If you feel uneasy about getting a new phone number from Google, you can always just use the service to manage your current phone number's voicemail. This will allow you to take advantage of the transcription service and access your messages via SMS, email, or thorough the Google Voice website.