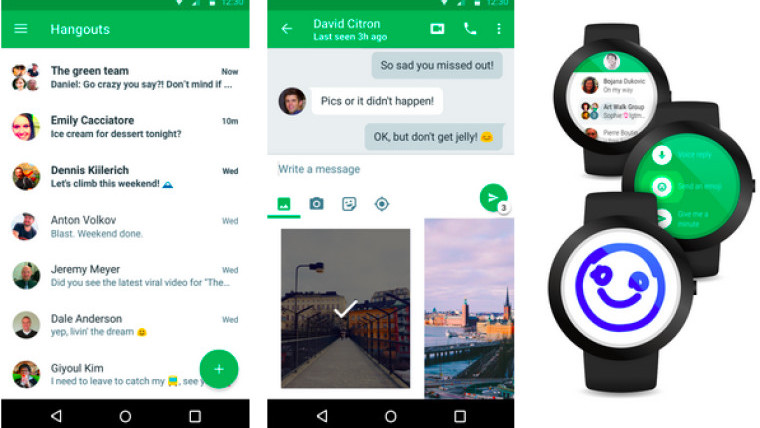 Google started streamlining its Hangouts app since last year, but just as we thought it might become the all-in-one communications app, the company announced Allo and Duo at this year's I/O developer conference. Duo started rolling out yesterday, while Allo is set to launch soon. The company has now revealed that these new apps would be targeted towards consumers and Hangouts would be evolved to work better for business users.

In an interview with Engadget, Google's VP of communication products, Nick Fox talked about Hangouts' coexistence with the company's new apps. Since, Duo and the upcoming Allo app do not use a Google account, these apps would be the main communication apps for consumers. Hangouts, on the other hand, depends on a Google account and will be integrated in better ways with the company's productivity offerings such as Gmail, Calendar, Drive, Docs and others.

While Duo would be the new video chat app, Allo will be the instant messaging app for regular users. It doesn't seem like Google is planning to bring these apps to PC users in the near future since they rely on phone numbers for authentication, an approach similar to WhatsApp which has a web client that mirrors its smartphone app based on proximity.

It remains to be seen whether Google can manage to penetrate two different user bases with its new plan, as both consumer and business markets already have other successful communication apps such as Skype, Skype for Business, WhatsApp and Facebook Messenger.