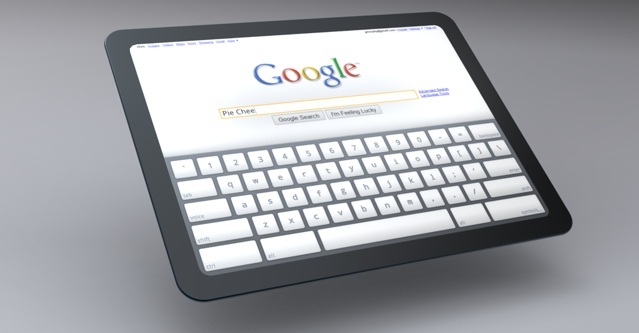 Whilst Google's upcoming Chrome OS is being primarily designed for netbook computers, as we reported recently, it could be the ideal operating system to run on a tablet device - and this is an option that Google is considering. More information about how the new operating system could be optimised for such a form factor is revealed in documentation on Google's Chromium projects website.

With a supposed deal on the table for HTC to partner with Google and manufacture a Google-branded tablet computer running the Chrome OS, the search engine giant would be looking to perfect the user interface of the operating system to provide a good experience . The documentation on the Chromium website notes that tablet devices running Chrome OS would aim to have a screen size between 5 and 10 inches and would include an optimised touch UI (user interface) that takes up the whole screen, possibly using a "tabs only" system instead of separate windows.

It goes on to note that there would be "larger touch targets" and multi-touch gestures such as "upward dragging motions", along with "docking panels", a "high-res display" and "visual explorations". However, the interface would not be too dissimilar to the standard Chrome layout, with the main difference being larger controls such as tabs, the toolbar and other buttons. Further information reveals that the UI would be "ideal for portrait devices" and that toolbar components could be "autohidden to have full-screen content." There is also a suggestion that the tabs could be moved to the side when viewing in landscape.

View the picture gallery below for some of the images and more details of how Chrome OS might run on tablet devices.

All images are from the Chromium Projects website. As with most pre-release products, the operating system and UI are still under development so any designs may change in the future.

Thanks to Neowin member Silverskull for the tip.