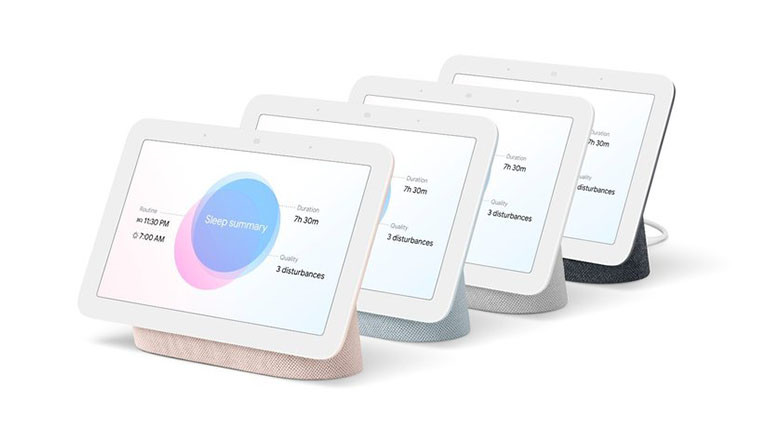 Today, Google is announcing its second-generation Nest Hub. The product has two key new features that were noted in the announcement. The first is better audio quality, promising the same audio technology with 50% more bass. You can also use Quick Gestures to pause and play content by tapping the air in front of the display, something that might be helpful when your hands are dirty.

The other key new feature is sleep tracking, which is a new concept in this context. Most sleep-tracking products are wearable, such as a smartwatch; however, even Google's own Wear OS platform doesn't natively support the feature. It would seem that the Mountain View firm is focusing on its smart display instead.

The new feature is called Sleep Sensing, and it uses Motion Sense, better known as Soli radar. You might recall that Google included Motion Sense in its Pixel 4 lineup, which let you do things like wave your hand to skip songs or silence phone calls. In the end, it wasn't deemed useful enough to make its way into the Pixel 5.

But on Nest Hub, it's serving a completely different purpose. It's going to analyze the sleep of the person closest to the display, based on movement and breathing. It will also take note of when you're coughing, snoring, and so on, and it will detect temperature changes. In other words, it's using the whole system to paint a whole picture of how the person sleeping closest to the camera is sleeping. After that, you can ask Google how you slept, or you can check in Google Fit.

Sleep data on its own is pretty useless, so it's also being paired with suggestions on how you can get a better night's sleep. Again, it's unfortunate that this only works for the person closest to the display. For people that sleep in the same bed with someone else, they'll probably want to wait for a second generation of the technology that can track two people, and can recognize who is who.

Also, Sleep Sensing isn't going to be free. According to the announcement, it's going to be a free preview on the second-gen Nest Hub until next year, although Google didn't say how much it will cost after that. It also said that it's going to look at how it can work with Fitbit's sleep-tracking data, since Fitbit's platform has had sleep-tracking for years now, as any decent wearable platform would. And of course, Google owns Fitbit now.

Finally, the new Nest Hub is available in Chalk, Charcoal, Sand, and Mist for $99.99. It can be pre-ordered today in the U.S., UK, Canada, Germany, France, and Australia. If you want to check it out, you can find it here.