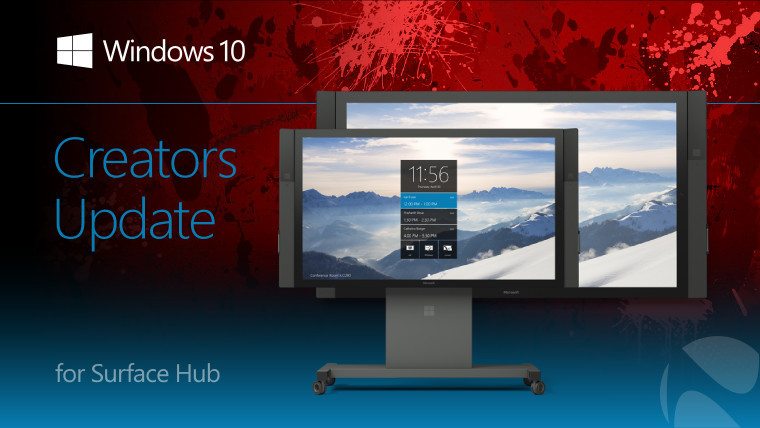 It's been a bit of a troubled path as of late for Windows 10 Team, because Microsoft keeps struggling to get its 2020 Update out the door, and that's actually the first new version of the OS since version 1703. It was supposed to start rolling out for the newer Surface Hub 2S last October, and then the rollout was paused in December due to some issues. While it updated the rollout plans in January, the original Surface Hub didn't start getting the Windows 10 Team 2020 Update until February 24.

In other words, there isn't a lot of time to upgrade before the end of life for the version you were on. The good news is that an end of life date doesn't mean that you're immediately in an unsecure state. You're considered to no longer be secure on the next date that Windows 10 Team version 1703 would have received an update, which is next month's Patch Tuesday, April 13.

Obviously, you should update your Surface Hub to the 2020 Update, which includes Microsoft's new Chromium-based Edge browser, replacing Edge Legacy, which also is no longer supported as of this month. It also lets users sign in with Microsoft Authenticator or a FIDO2 key, and it has support for Single Sign-On and Conditional Access.

Note that while today is the official date that version 1703 will no longer be supported, it actually got its last update last week on Patch Tuesday.