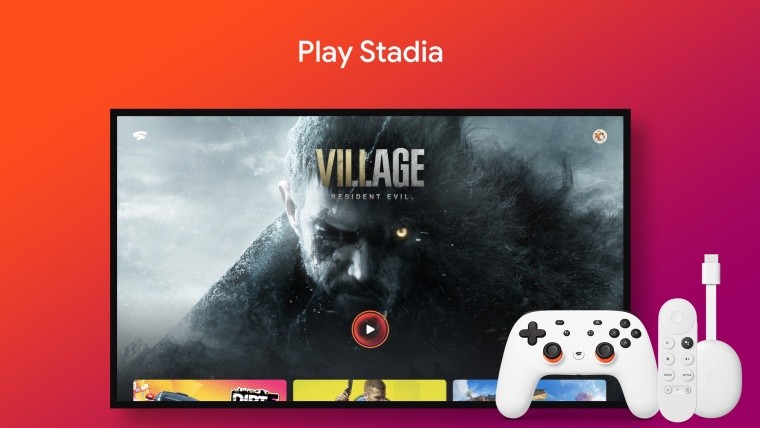 Launched in 2019, Google's cloud gaming platform Stadia was rolled out to a handful of smartphones, tablets, and Chromecast Ultra. Today, the company announced its plans of bringing this service to more products including the latest streaming dongle Chromecast with Google TV and third-party Android TV hardware.

Apart from its $50 Chromecast with Google TV, Stadia will be accessible on several Android TV and Google TV devices including the Nvidia Shield TV, Shield TV Pro, Xiaomi Mi Box 3, Mi Box 4, and even Walmart's aggressively priced Onn dongle. Yes, the one that costs only $25. Other than that many TV sets with built-in Chromecast such as Hisense's Android Smart TVs (U7G, U8G, U9G) and Philips Android TVs (8215, 8505, and OLED 935, 805), will be fully compatible with Google's cloud gaming platform.

Just because your Android TV device is missing from the list doesn't mean that it is incompatible with Google Stadia. You can still give Stadia a shot by downloading the official app from Play Store and allowing "experimental support" on your hardware.

The Stadia app will hit the Android TV Play Store On the 23rd of June. To enjoy games, Google recommends its $70 Stadia Controller. However, Stadia also works with your existing Xbox One or PlayStation 4 controllers without an issue. Some of the popular titles in the Stadia library are Resident Evil Village, Doom, Doom Eternal, Red Dead Redemption 2, Far Cry 5, Cyberpunk 2077, Hitman 3, and Metro Last Light Redux.