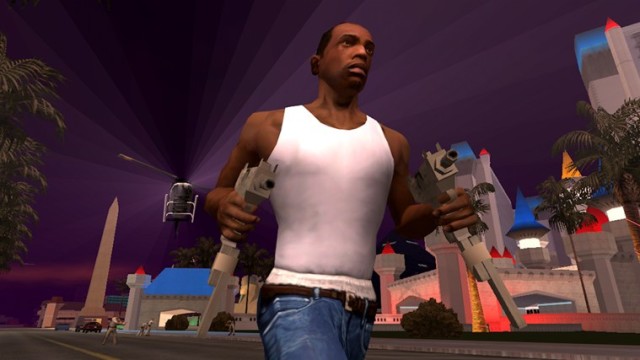 In late January, Rockstar Games released the mobile version of Grand Theft Auto: San Andreas for Windows Phone, after previously launching the best selling open world action game for iOS and Android devices. Today, the company officially released the same port of the game as a Windows 8.1 app in the Windows Store.

Obviously, Windows 8.1 owners can purchase and download the original version of the game, which was released for the PC in 2005, via the desktop. However, the fact that Rockstar Games has decided to make the Windows Phone version available for the OS is still significant, mainly because most of the games in the store are of the family friendly casual variety, with only a few "M" rated titles. Also, Surface RT and Surface 2 owners, along with Nokia 2520 tablet users, can play GTA: San Andreas for the first time since this version of the game supports Windows RT.

Like the Windows Phone port, the Windows 8.1 version of GTA: San Andreas includes some graphical upgrades compared to the regular PC version "including lighting enhancements, an enriched color palette and improved character models." There are also three different control schemes for the game along with "customizable controls with contextual options to display buttons only when you need them."