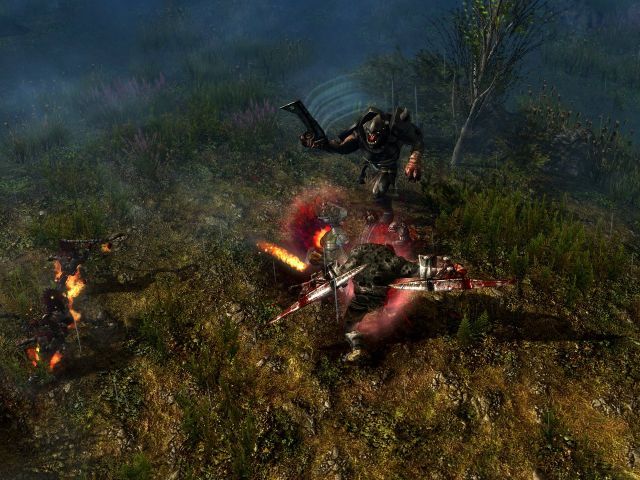 Crate Entertainment has been working on its fantasy action-RPG Grim Dawn for the past couple of years. The game is being developed by team members who worked at the now-defunct Iron Lore on the THQ-released game Titan Quest. Indeed, Grim Dawn uses the Titan Quest graphics engine as its basis.

This week, Crate Entertainment joined the many game developers who have launched funding campaigns on the Kickstarter web site. However, the campaign for Grim Dawn is a bit different in that Crate is not seeking to fully fund the game but merely to get enough funds to finish it. The site states:

Our goal is about the minimal level of funding that would be required to make a big difference on this project because it is enough where we can start to bring on some of our part-time people, full-time and guarantee them at least a certain duration of wages.  This would likely be an animator, artist and designer to start out.  We'd also use money for more outsourcing so that we could get additional unique item art and enemy models.

Crate Entertainment is looking to raise $280,000 for Grim Dawn. So far, with 29 days to go, the Kickstarter campaign has amassed over $115,000 so they are well on their way to achievement their funding goal.