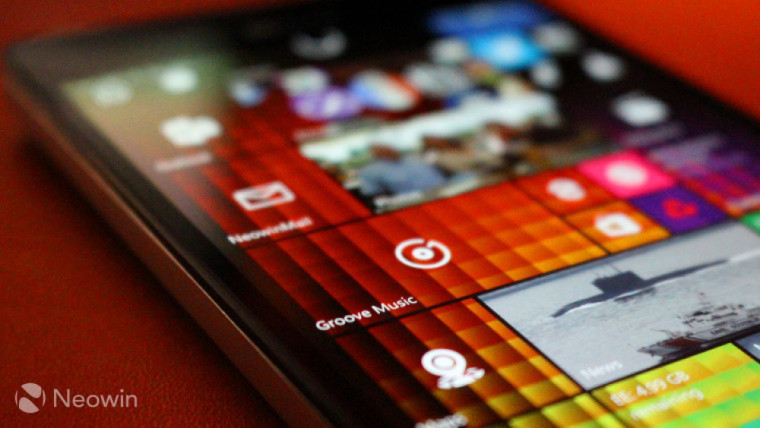 Microsoft has pushed out a new update to Groove Music for Windows 10 Mobile, bumping the app to version 10.18011.1341.0. This update had previously only been available for Insiders, and is now being released to all Windows 10 Mobile users, bringing a number of new features.

To begin with, users will now be able to add a whole album or songs to their music queues playing at any given time. Interestingly, these will not be appended to the end of the queue; rather, they will be added at the very next position to the song being played at that particular moment. Moreover, the currently playing artist can now be set as a lock screen image, and all music info can be deleted from the app as well.

Similarly, the ability to sync OneDrive music manually with the Groove app on mobiles has been introduced. However, this feature is buggy at the moment, with users getting an error message whenever they attempt to do so. An option to manage said music has been added as well, although presently, it simply acts as a link to the OneDrive website. A UI issue in the form of a large extra space below the title header has also been spotted with this update.

Notably, the equalizer feature recently added to the Groove Music app on Desktop has not been introduced to Groove on Windows 10 Mobile as of yet. In any case, you can receive all the aforementioned features by downloading the updated app here from the Store.