Hackers have targeted Domino's Pizza servers and claim to have downloaded details of over 650,000 customers. The group, calling itself Rex Mundi, has said that unless the company pays up €30,000 EUR (around $40,600 USD / £24,000 GBP) by today, it will publish the full database online.

The database includes details of more than 592,000 customers of the pizza chain in France, and a further 58,000 in Belgium. The group said that the records include "customers' full names, addresses, phone numbers, email addresses, passwords and delivery instructions. (Oh, and their favorite pizza topping as well, because why not)." 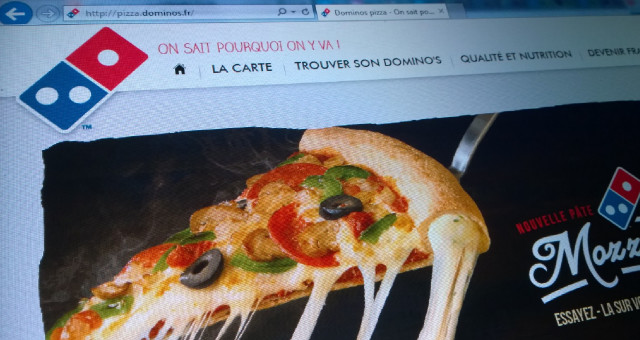 Rex Mundi said that it had contacted Domino's in France and Belgium to tell them of the vulnerability on their servers "and to offer them not to release this data in exchange for 30,000 Euros." In its post, made several days after the hack, the group said: "So far, Domino's Pizza has not replied to our demands. We would also like to point out that both of their websites are still up and vulnerable."

As The Telegraph reports today, Domino's France has publicly acknowledged the hack and contacted users to recommend that they change their passwords. Meanwhile, the head of Domino's Netherlands, Andre ten Wolde, has also commented, despite Dutch customers apparently not being affected by the breach.

He told Dutch-language Belgian newspaper De Standaard: "There are clear indications that something is broken on our server. The information contained in them is protected. Financial data, such as credit cards, has not been stolen." He added that the company would not be paying the ransom demand.

The hackers have already posted a sample of customer data online, and say that they will post the database in its entirety if they do not receive the payment that they demand by 8pm CET today (Monday, June 16).

Source: The Telegraph / dpaste.de (Google Cache) | lower image via The Telegraph
This article was updated after publication to clarify that De Standaard is a Dutch-language Belgian newspaper, not a Dutch publication, as was originally stated.