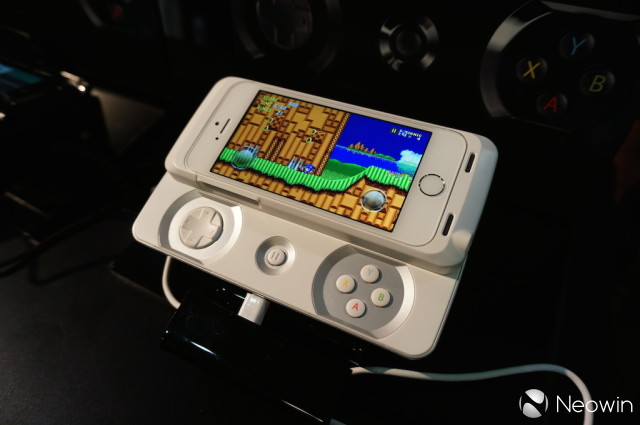 Over a week ago, Razer released its latest gaming accessory, the Junglecat. The Jungelcat is different from Razer's previous releases and is their first attempt to create an accessory specifically geared for a mobile phone. The sliding gamepad case is an-iOS compatible device that is meant to house the iPhone 5 / 5S. Fortunately, Razer was at E3, which gave us a perfect opportunity to check out the newly unveiled accessory.

The Razer Junglecat comes in two colors -- black and white -- both of which were on display at E3. Both colors share the same matte finish, but I found myself partial to the white color because it did a better job of hiding oils and fingerprints. The white version also looked and felt better; it seemed to exude quality over the matte black unit. That being said, both cases felt sturdy and were equally well made. 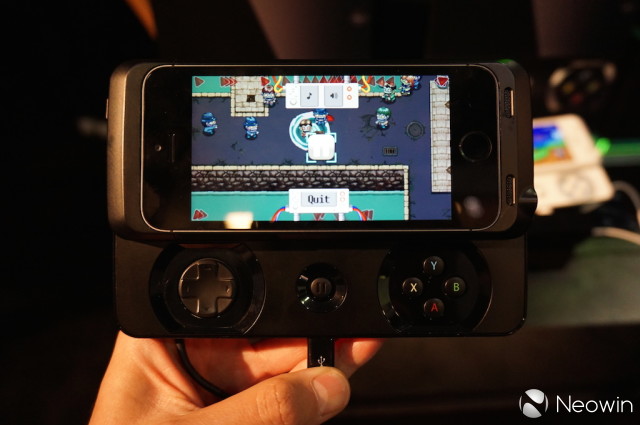 What sets this gamepad apart from its competitors is its portability. The gamepad case roughly doubles the thickness of the iPhone, measuring in at 18mm, but offers a sliding design that opens to reveal a set of physical controls. The traditional D-pad worked well, and to my surprise, even picked up diagonal directions. Although the buttons look small, they feel fairly comfortable when in use. While I personally prefer to reserve my judgment until after I am able to deploy three flawless dragon punches in succession in Street Fighter, that wasn't an option, so I had to make due with preloaded games like Sonic and Asphalt 8. 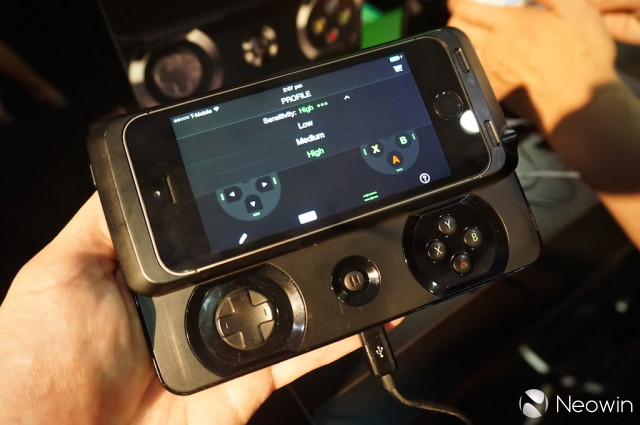 One minor drawback of the buttons is that they feel a bit shallow. Since the case is thinner than a standard controller, Razer had to compromise in regards to the depth of each button. However, this lack of depth does not make the buttons uncomfortable, and they still had a fair amount of response. Perhaps to compensate, Razer has included a way to adjust the sensitivity of each button, making the controller highly adaptable. The software also allows for button remapping, assigned profiles, and has a custom app store that curates controller-compatible games. This is definitely a nice touch for those that want to start using the controller immediately. 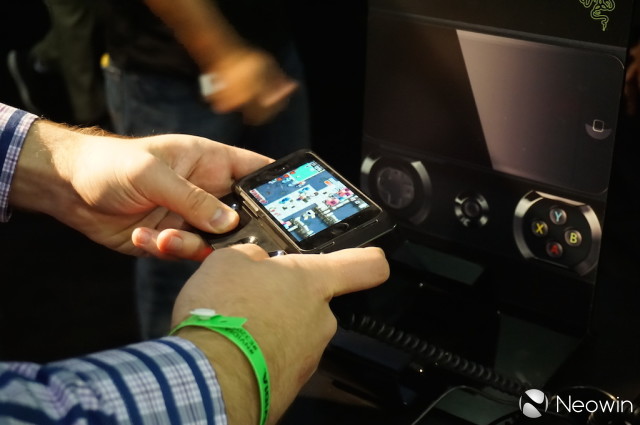 Overall, the device feels sturdy and light. Although it does add a bit of bulk to the otherwise slim profile of the iPhone 5/5S, the Razer Junglecat will be a must-have accessory for gamers. While it does enclose the iPhone, Razer has left all the ports exposed, meaning you can still plug in your headphones, use the camera, and access the volume buttons. Since the case plugs into the lightning port, the charging port has been replaced by a microUSB port. The Razer Junglecat is a solid first effort for Razer, and while the $99 USD price tag might seem steep, it shines as a unique case/gamepad that will allow you to enjoy tactile control without having to sacrifice portability.

The Razer Junglecat is available for preorder on the Razer website for and should begin shipping in July 2014.