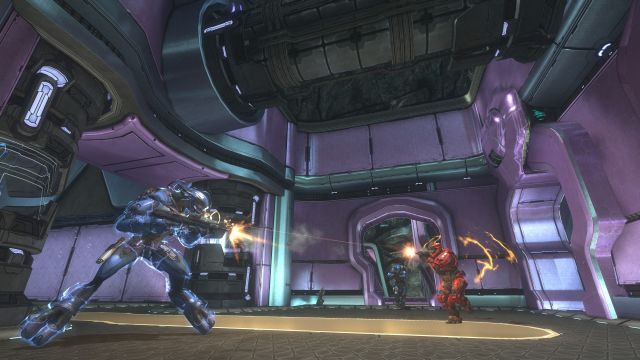 Microsoft announced a number of upcoming and hardcore games for its Xbox 360 console that will support its Kinect motion controller camera at E3 2011 earlier this month. However it looks like one game that was announced at the trade show, Halo Combat Evolved Anniversary, will also have some kind of support for the Kinect controller. The reveal came via a video interview at GameSpot with Microsoft Microsoft Game Studios's head Phil Spencer who stated, "Even games like Halo Anniversary has Kinect integration."

Spencer didn't go into details on how the Xbox 360 remake of the original 2001 released Halo game will support the Kinect controller. The game itself, due out on November 15, will get a graphical upgrade compared to the original developed by Bungie and will also have full Xbox Live online multiplayer support and online co-op support, something the original game made for Microsoft's first Xbox console didn't have. The remake is being developed by Saber Interactive and Certain Affinity. Microsoft is also working on Halo 4 via its own 343 Industries development team for release in late 2012.

Microsoft did announce quite a few upcoming games, both from first and third parties, that would support Kinect including hardcore games like Mass Effect 3, Ghost Recon Future Warrior, Kinect Star Wars, Fable: The Journey and Ryse, the Roman Empire themed action game from developer Crytek. Electronic Arts announced that Kinect would be supported on several of its EA Sports titles in 2012. Of course, there will still be more casual games made to support the Kinect such as Disneyland Adventures.