When it comes to Windows Phone, only one brand has come to matter so far: Lumia. The Lumia range currently makes up around 92% of the entire platform's handset sales and that's currently a problem for Microsoft.

But that may all be about to change. Last year, Microsoft signed up over fifty new hardware partners to its Windows ecosystem, including around thirty who committed to launching new Windows Phones - some for the very first time. Acer is no newcomer to Windows Phone - but it's not exactly one of its most fearless champions. In fact, Acer actually abandoned the platform several years ago after launching one last device, and few ever imagined that it might return.

In fairness, it's likely that few people ever really cared if it would return or not. For Windows Phone's most passionate supporters, it will no doubt be hard to give a damn about the return of a brand that was wholly indifferent to the platform in the first place. But some may well be enthralled by the new Acer Liquid M220 as an alternative to Microsoft's Lumia line-up. 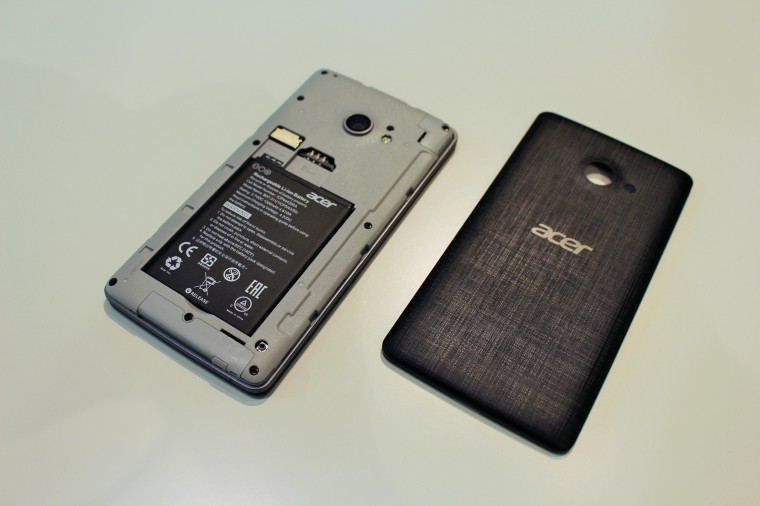 Indeed, when I first approached the M220, that was precisely my first thought. Here, I reasoned, was a device that appeared to have been carefully styled to owe as little as possible to the Lumia family. Given that so many manufacturers - including Blu Products, Archos and others - have joined Windows Phone with colourful Lumia-like devices, Acer has gone totally the other way, with a much more somber and restrained design.

Considering the suggested retail price for the device is only €79 - putting it in the thick of the low-end Lumia offering - that's quite an interesting approach. But it appears to be an intelligent one - instead of emulating the dominant leader of the platform, Acer has tried to differentiate its product.

The Liquid M220 looks like it's ready for business, thanks to its stylish exterior design - it's a pretty 'serious' aesthetic, but it works beautifully juxtaposed as a backdrop against the brightly colored tiles of the OS. 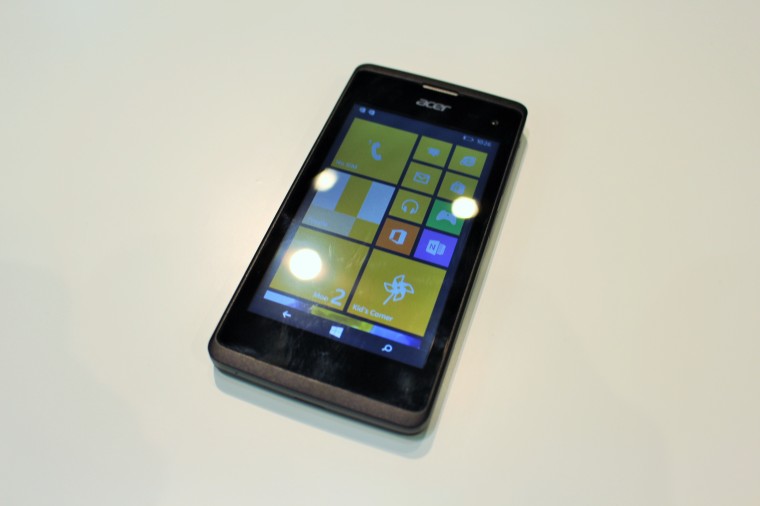 That said, it's not entirely good news on that front. The M220's low price means, of course, that the device is far from a range-topper, and it is spec'ed accordingly. The device has some pretty wild viewing angles, with colors getting much lighter or darker from one side to the other. This was noticeable even with the flat, solid colors of the Start screen, which can change color considerably when you adjust your viewing angle. 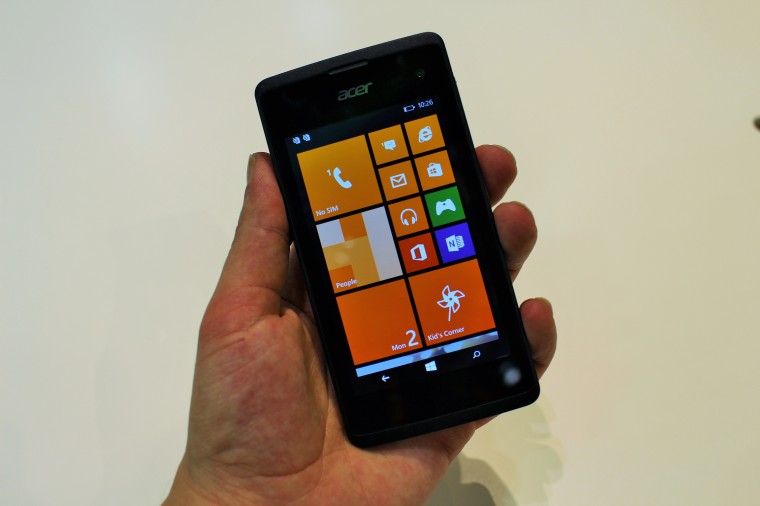 Such compromises are to be expected, of course, but the display is one of the poorest examples that I've seen on a low-end Windows Phone.

The OS version installed on the demo units on Acer's stand at MWC was stock Windows Phone 8.1 Update 1 (not Update 2, which made its official debut today on the new Lumia 640 and 640 XL), right down to the list of pre-installed apps. For those who dislike bloatware, this news will no doubt be hugely welcome.

Even during the relatively brief hands-on time trying the device out, it was immediately obvious that the M220 was an entry-level device - and its display was not the only tell-tale sign. Its performance felt fairly sluggish too - more like an old phone running new software, than a new handset designed around the latest OS.

That said, I'm keenly aware that many of the devices on display at MWC - not just from Acer, but from many other OEMs - will be pre-release units running non-final software or firmware. I'd like to give Acer the benefit of the doubt, and hope that they'll add a bit more finesse to the user experience before the device goes on sale.

I genuinely hope they do, because while its display isn't perfect, there is something rather charming about the Acer Liquid M220. I quite like its 'serious' styling, and I salute Acer for going down that road, rather than spitting out another Lumia clone.

And if they succeed in adding that much-needed bit of polish to the handset, it may well be worth considering... as long as you don't mind that screen.