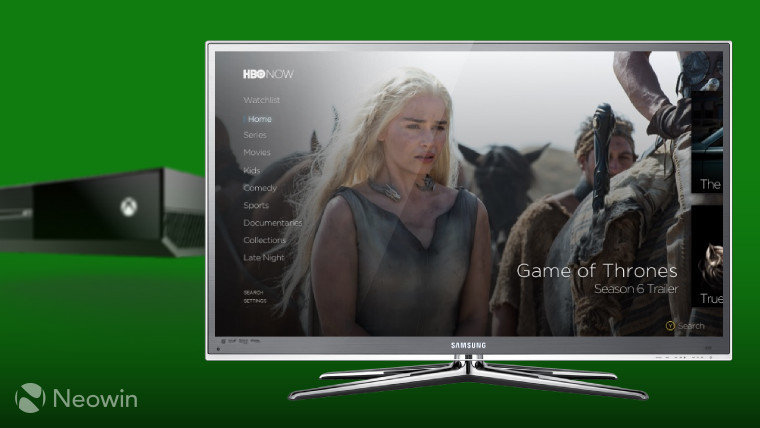 This summer, Microsoft will allow more developers to bring their apps to the Xbox One, when it adds support for its Universal Windows Platform to the console. HBO fans don't have to wait that long, though, for the launch of its video-on-demand app for those without a cable TV package.

In fact, the new HBO Now app is available right now for the Xbox One:

If you've already got a subscription to HBO Now, you can install the app and start watching right away. If you haven't yet signed up, you can get a free trial, after which it'll set you back $14.99 a month.

Like the PlayStation 4, the Xbox One has had the HBO Go app for a while, allowing those who have a TV package that includes HBO to watch the network's shows. HBO Now, on the other hand, is a standalone streaming service that doesn't require you to have HBO as part of a pay-TV package - and so far, it's not yet available on the PS4.

Update: As Windows Central spotted, the HBO Now app is also available for the Xbox 360.