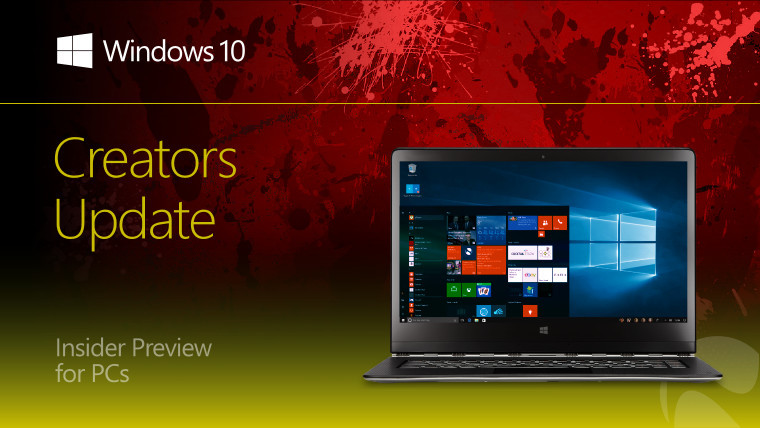 Of course, this is because we're so close to the Creators Update, which is expected to arrive in about a month. Insiders, of course, will get the final build earlier, possibly next week, as Microsoft is rumored to begin signing off on it this week.

But while there are no new features, there are, as always, fixes, improvements, and known issues. Here's what got fixed and improved:

As you can see, most of these known issues wouldn't be considered 'showstoppers', perhaps except for the inability to install it on some Surface devices that have micro-SD cards installed. The easy workaround for an Insider is to remove the card, but that certainly can't be an issue when it comes to an RTM. Of course, there will be cumulative updates between now and the public release as well.

To get today's build, head over to Settings -> Update & security -> Windows Update -> Check for updates. If you're not on the Fast ring yet, you can sign up by going to the Windows Insider Program tab, clicking "Get started", and when your PC reboots, going back and setting it to the Fast ring.