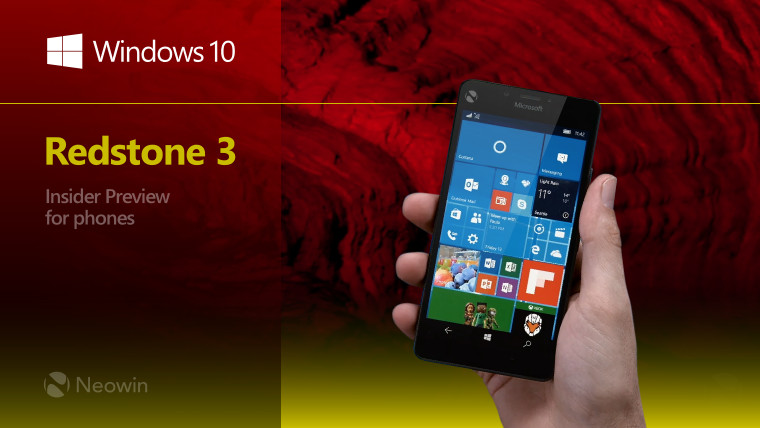 Microsoft released its first Redstone 3 build for phones today, build 15204, which is a preview for the next feature update of Windows 10. It came alongside 16176 for PCs, which only added a feature for the Windows Subsystem for Linux and some OneCore improvements.

Most notably, 15204 removes support for older devices, but there are also some fixes, improvements, and known issues. Here's what got fixed and improved:

As there are no new front-facing features in this build, you might want to skip over it. Given the known issues, it's risk with no reward.

Of course, the vast majority of Windows phones that are in use can't get it anyway. If you're using a Lumia, it needs to be an x40 or x50 device, and then there are some third-party handsets that are supported. Luckily, if you really still want the Creators Update, build 15063 is still available in the Fast ring for older devices.

If you're in the Fast ring, you can get the latest build by heading over to Settings -> Update & security -> Phone update -> Check for updates. If not, go to the Windows Insider Program tab and tap 'Get started'.