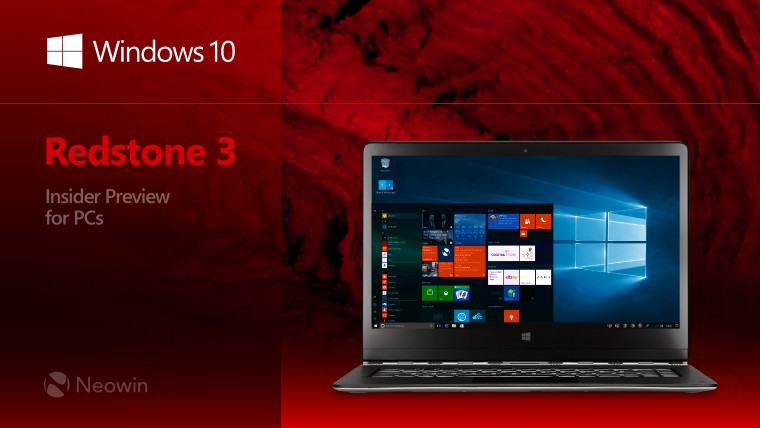 Windows 10 for PCs build 16179 is the latest build from the Development Branch to hit PCs. It's the third preview of the next feature update for the OS, currently only known as Redstone 3.

Like the previous two builds - the last of which arrived five days ago - it doesn't contain many new features. As always though, there are a number of fixes, improvements, and known issues.

You should always weigh the risks of the known issues against the reward of the new features, but even more so now. This is because there really haven't been any major new additions in Redstone 3 just yet, so you might want to skip over this one.

To install the update, head over to Settings -> Update & security -> Windows Update -> Check for updates. If you're not on the Fast ring yet, go to the Windows Insider Program tab and click 'Get started'. When your PC reboots, go back and make sure that you're set to the Fast ring.

We're expecting to hear more about what's included in Redstone 3 at Microsoft's Build 2017 developer conference, which kicks off on May 10. Neowin we'll be there, so make sure to check back in.