Microsoft announced a new "Xbox Play Anywhere" program at its E3 briefing a couple of days ago. The initiative allows players to buy participating games with a single purchase for their Xbox One or a Windows 10 device, with shared progress between the two. Keeping in mind that not everyone watches E3, the company has detailed answers to several FAQs on its Xbox site, to aid users in understanding the aim of the program. 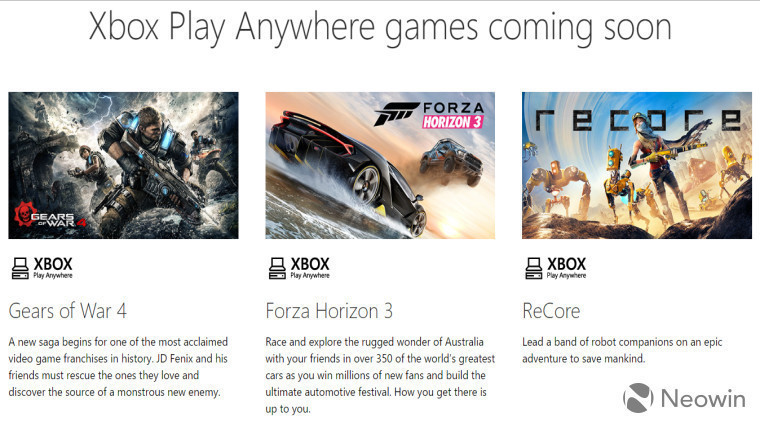 While the company has already stated that participating games can be owned with a single purchase for both Xbox One and Windows 10 devices, it has also clarified that this requires the latest available update on the console and the Anniversary Edition update on the latter. Additionally, Xbox Play Anywhere is a free program and comes at no extra cost.

Moreover, Microsoft has also stated that at a single instance in time, gamers can either be logged in to a participating game on their Windows 10 PC or the Xbox One, but not both at the same time. Progress between the two versions of the game will be synchronized, with add-ons, DLCs, Season passes, and achievements being shared between the two devices. This also means that participating games will share Xbox achievements and Gamerscore. Games currently included in the the Xbox Play Anywhere program are listed as follows:

Lastly, Microsoft has also clarified that the Xbox Play Anywhere program applies only to digital games and participating titles will be marked with a separate icon in the both the Xbox and Windows stores.