Value for money is certainly a subjective matter, with some favoring good quality products at affordable prices over spending more money on the most premium items. But there are also those who believe that it's worth spending a lot more for a higher-end product, in pursuit of greater quality and other features.

There are sound arguments for both positions, and neither is right or wrong - it really comes down to a matter of opinion, and how people choose to spend their own hard-earned pennies. But of course, companies want to entice people to spend their money on their stuff, which is why Microsoft has shared an infographic aiming to show that its product portfolio offers particularly great value, simply because you can get so many of its products for relatively few bucks. 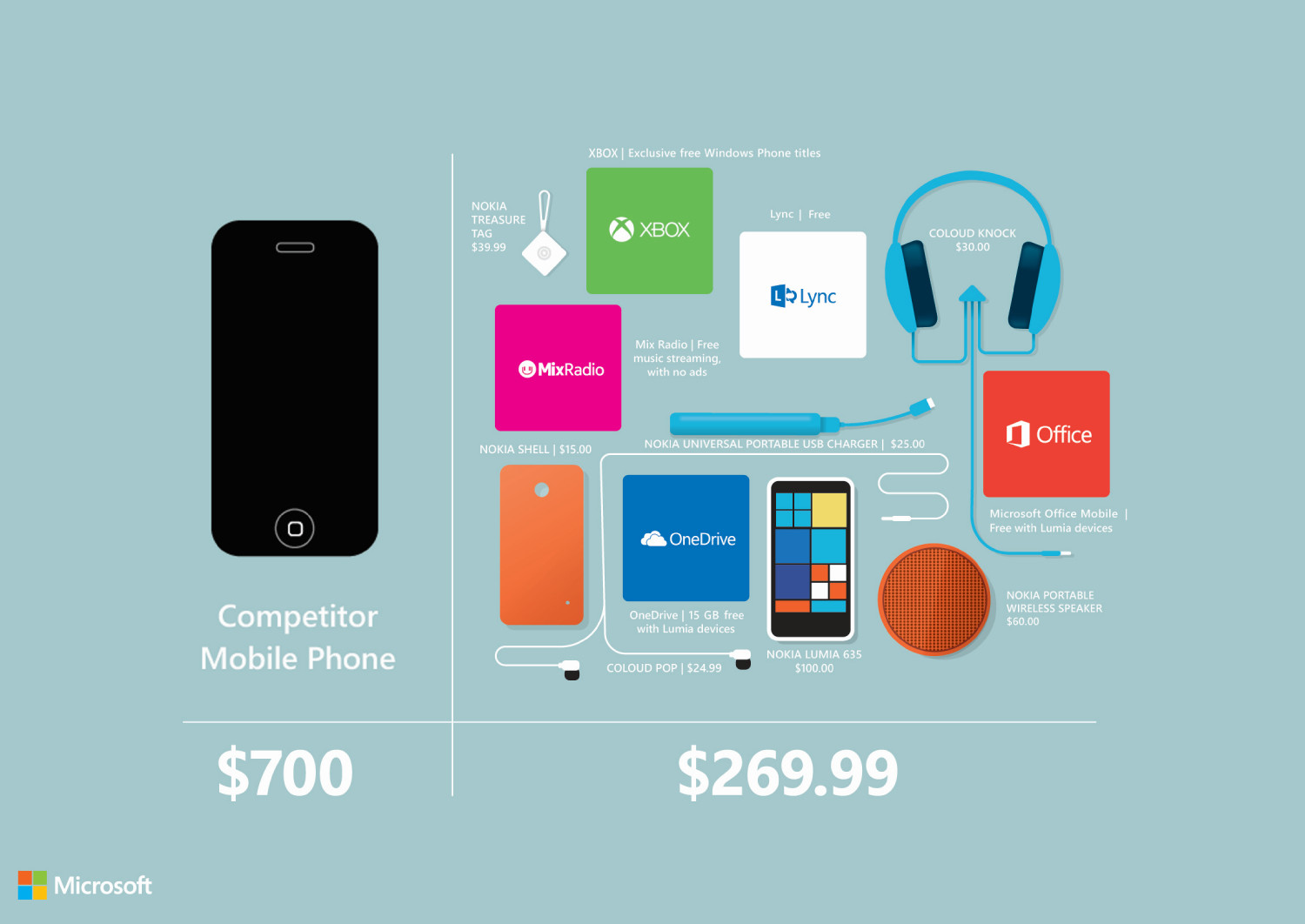 The image shows a "competitor mobile phone" - clearly intended to be an iPhone - priced at $700 off-contract. Alongside it, there's a whole host of Microsoft products, costing a fraction of the price in total:

The total price of all of this stuff? Well, Microsoft's infographic says that the total is $269.99, although it's actually wrong - the total cost is actually $294.98 (it looks like someone forgot to include the cost of the Coloud Pop ear buds).

Despite that error, Microsoft's underlying point still stands. The image was tweeted with the question "Can you tell us which is the better deal? ;)", and given that you'll still have over $400 to spare after buying all of this stuff compared with the cost of an iPhone, it's evident that you can get a lot more Microsoft kit for much less.

Whether or not that constitutes a 'better deal' is a matter of opinion, of course - let us know your thoughts below!