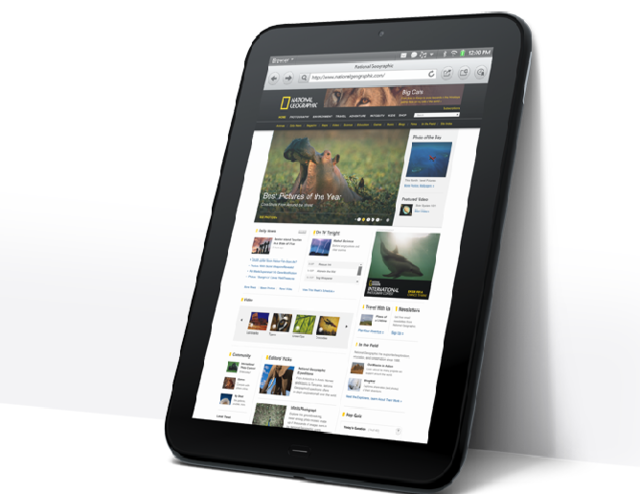 The buzz about HP's first entry into the tablet wars has been everywhere at HP Discover this week, but time after time, the company has failed to announce the release date for the new product. It was expected that the TouchPad release date would be announced during the final keynote this afternoon but HP threw out a curveball and announced the availability this morning through a simple press release.

According to the announcement, consumers in the United States can expect to get their hands on the WiFi version of the webOS tablet on July 1st. It is being released in both 16 GB and 32 GB models, retailing for $499 and $599 respectively. A version tied to AT&T's network will also be available, but not until later this summer. In addition to the HP TouchPad, the Touchstone Charging Dock, Wireless Keyboard, and a case for the device will also be available. As we discussed earlier in the week, the Charging Dock is unique in that the user only needs to set the device on a stand to begin charging. The Touchstone Charging Dock begins charging the device regardless of orientation and can be configured to launch different applications, allowing users to automatically launch an alarm clock in the bedroom and a recipe book in the kitchen, for example.

A video demo with Tim Pettitt, HP's Senior Product Manager for TouchPad and WebOS, was taken at HP Discover and is available on Youtube.

The tablet will be released in the United Kingdom, Ireland, France and Germany the following week,with Canadians able to pick up the TouchPad in the middle of July. Other countries can still expect the device in 2011, although specific dates have not been finalized.