HP is charging £706.80 for the device; that might seem like an oddly specific amount, but there's a good reason for that. The price includes 20% VAT (value-added tax); many UK businesses - at which the Elite x3 is primarily aimed - that purchase the device will do so at the VAT-exclusive price of £589.

Another curiosity is that HP has listed the smartphone under the Laptops section of its site. But again, there is some method in this apparent madness.

HP is promoting the Elite x3 as its "first built for business 3-in-1 device", offering "the power and productivity of a PC, the versatility of a tablet, and the connectivity of a smartphone in the palm of your hand".

Its store listing also highlights the benefits of the notebook-style Lap Dock, as well as the Desk Dock accessory, both of which enable the PC-like Continuum experience in Windows 10 Mobile. However, unlike Microsoft - which is offering the Desk Dock as part of a bundle with the handset for £749 (roughly £624 excluding VAT), HP's £706.80 price includes only the phone itself, with the Dock accessories listed as optional extras, albeit without no pricing information available. 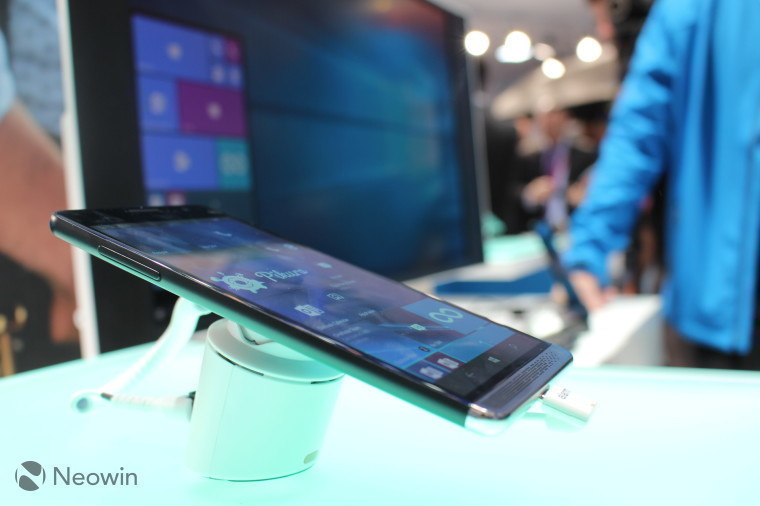 The Elite x3 comes with both an iris scanner and a fingerprint reader - but the latter won't actually work when the handsets begin shipping. Documentation on HP's site recently stated that the sensor "will not be enabled until OTA update in Fall 2016". The UK store listing for the device doesn't refer to a specific estimated timeframe for that update's rollout, saying only that it's "coming soon".

You can find out more about the Elite x3 in our feature article from earlier this year, including a chat with a HP executive about the handset's development.