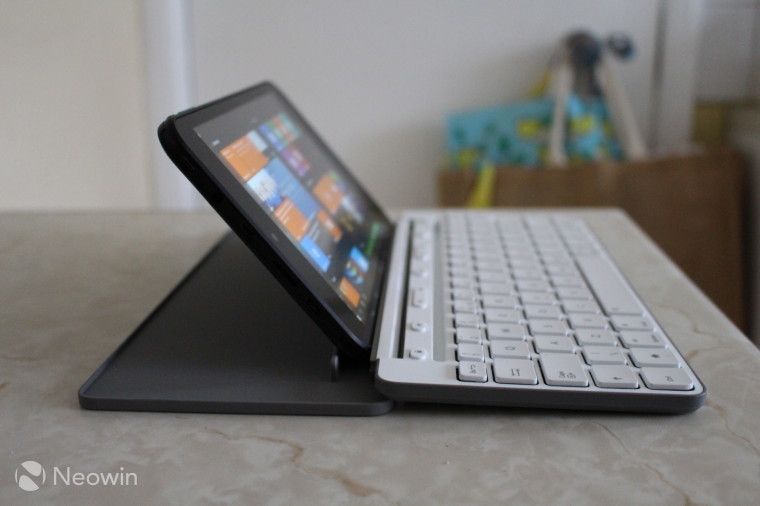 Microsoft has slashed 50% off its Universal Mobile Keyboard in the United States - and it may well be clearing out stocks of the accessory, as it nears the two-year anniversary of its release.

The keyboard originally went on sale in October 2014, offering a highly versatile and portable solution for those keen to stay productive on the go. It's compatible not only with Windows phones and tablets, but also with those running iOS and Android. It can be paired with up to three devices from different operating systems at the same time.

Adding to its versatility, the detachable keyboard cover includes a smartphone/tablet stand, which works remarkably well - you can see it in use with the Linx 7 tablet in our feature article on that device from December.

And on top of all of that, Microsoft says that the keyboard's rechargeable battery works for "up to six months on a single charge".

But after almost two years on sale, the black version of the Universal Mobile Keyboard is now out of stock on the Microsoft Store, and the company has now halved the price of the gray model, reducing it from $79.95 to $39.95.

Officially, this reduction is a limited-time offer - but given that Microsoft is letting this deal run for almost two months, supplies may well be depleted before it officially ends on October 1.