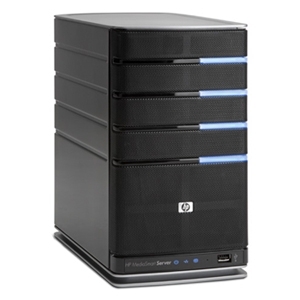 Microsoft confirmed in a blog post that HP is retiring its line of MediaSmart Servers. For those unfamiliar with HP's product line, the MediaSmart servers run Windows Home Server and are designed for organizing and sharing digital media on a Windows-based home network. HP confirmed that it will not support future versions of Windows Home Server, including the controversial "Vail" version which removes support for Drive Extender. HP will continue to sell its current line of MediaSmart Servers through the end of 2010 and will honor all current service agreements.

Microsoft asserts that HP's decision is not related to this change in Drive Extender support, but is a business decision by HP that is driven by the company's desire to allocate additional resources to webOS. Moving quickly with this re-allocation, HP has reportedly already assigned its Windows Home Server development team to webOS. HP recently became the curator of webOS when it acquired Palm earlier this year. When it was acquired, Palm was on the verge of collapse and webOS was struggling as a mobile platform.

Though Microsoft is playing this situation down, the loss of HP is a major blow to Microsoft's Windows Home Server platform. HP is one of the world's largest PC manufacturers and the lack of a MediaSmart Server option will be detrimental. In lieu of Home Server-based products, HP is reportedly throwing its weight behind Drobo and is offering the network storage devices on its retail website. Despite the loss of HP, Microsoft remains optimistic for Windows Home Server and points to Acer and Tranquil PC, both of which are still committed to future versions of Windows Home Server.