Over the past few days there have been several pieces of HTC and Windows Phone 7 news.

There is already many rumours and speculation about three Windows Phone 7 devices from HTC which could mean there are another two devices. The three HTC devices already known are Shubert or HD3 (HD7), T8788 or Surround and Mozart.

WMPoweruser is reporting that they have a new image of the schematic of the HD7 device. The device looks set to feature a 4.3 inch screen with a very thin bezel around the edge and probable dual LED flash. The HD7 looks to retain some of the design elements of the HD2, with the headphone jack and micro USB socket the bottom of the device. It’s interesting to note that the volume buttons are on the right hand side, on most other devices the buttons are on the left. 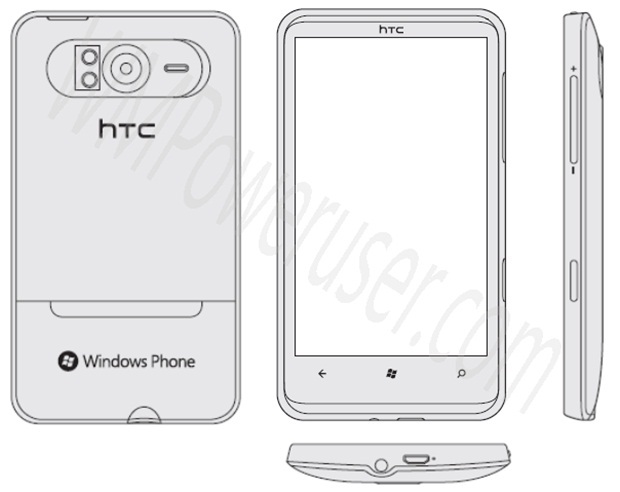 The website also received the rumoured specs for the HTC Mozart device and a video of the device. The phone is thought to have 1GHz Qualcomm QSD 8250 chip with a 512 MB  ROM and 8GB storage, 576 MB RAM, a 3.7-inch WVGA Super LCD display, 8MP CMOS camera and LI-PO 1300 mAh battery.

Yesterday PocketNow were sent pictures of the rumoured HTC 7 Trophy device. Little is known about this device, including what its codename is. A HTC Trophy device has been mentioned on a few official carrier documents that have leaked out. This device is not thought to be the HD7 due to the smaller screen and different button and socket arrangement from other rumoured information. 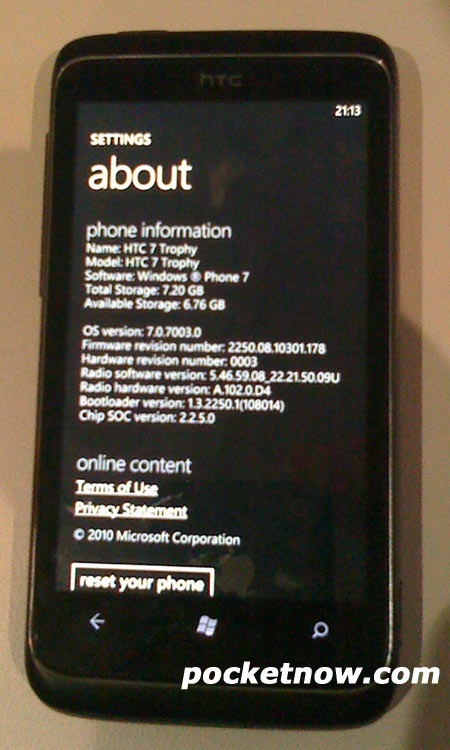