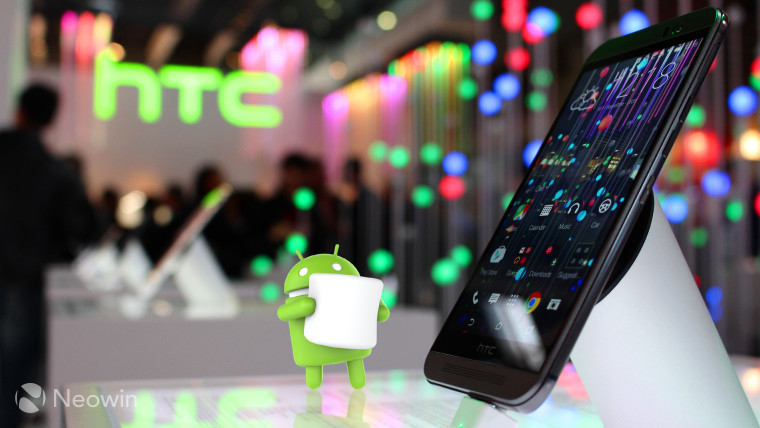 Android 6.0 Marshmallow is Google’s latest and greatest mobile OS, but only some phones on the market will be getting the upgrade. Luckily for HTC owners, the upgrade schedule has become a lot clearer thanks to a leak.

If you own one of HTC’s recent handsets there’s a good chance that you’ll get Android 6.0 on your phone at some point. However, you might have to wait longer than expected. That being said some phones won’t get the upgrade at all so in this case, later really is better than never.

The info comes from @LlabTooFeR who has posted reliable leaked info in the past, so we believe this is generally on the mark. According to this info, and the screenshot seen above, lots of recent handsets are on the upgrade path to the newest Android release. Some unlocked devices, like the HTC One M8 have already started receiving the update. The newer HTC One M9 will be next on that list, with its upgrade scheduled as early as this month. Other handsets, including some Butterflys and Desires will be getting the upgrade much closer to next summer though.

Lots of questions on this, so quick update: M9 unlocked Marshmallow OS update and A9 6.0.1 (with updated emoji) is on target for this month.

Interestingly enough it looks like HTC might be moving even faster than the leaked info would suggest. Alternatively, it might mean that this info is a bit old at this point and that some plans may have changed; or that the leaked dates actually refer to completion of the update rollout for all variants of each device, not just those that are unlocked. That's because the company's VP of Product Management has already confirmed that Android 6.0.1 will be hitting the brand new HTC One A9 this month - much sooner than the January release date noted above.

Of course, these dates - though they may be generally correct for now - might get pushed back thanks to software testing phases, carrier approvals and other such issues that may arise, so your mileage may vary.