Huawei's P10 was one of my absolute favorite phones of 2017. It was comfortable to use, had a wonderful camera, and the features seemed well-implemented. Naturally, I was excited when the company was announcing the P20.

Sadly, the P20 sits in the shadow of its larger sibling, the P20 Pro. I did indeed review the P20 Pro, and it's everything it sounds like with a 40MP, triple-lens camera. But the P20 needs some love too. After all, had Huawei not introduced a Pro model alongside of it, the P20 would certainly be a proper successor to the P10.

The P20 includes Huawei's in-house Kirin 970 chipset, which includes a Neural Processing Unit (NPU) that's designed for computing AI tasks. This allows for new camera features, which lets it actually see what it's looking at and adjust the settings accordingly. It can also see how you use the device, and optimize your battery life.

Unlike previous generations of the P-series that had metal bodies, the P20 has a glass back. Unfortunately, this change was made for aesthetics. The main benefit to a glass back is typically wireless charging, as it's certainly more likely to shatter. Huawei didn't include wireless charging though, and I was told that this is because Qi charging is still really slow (which is actually true).

I was sent the Black model, although I got to see the other colors when I was briefed on the device. It's a beautiful phone, particularly the Twilight one, which is a blend of cyan and purple. I wanted them to call it blurple, but that's neither here nor there. 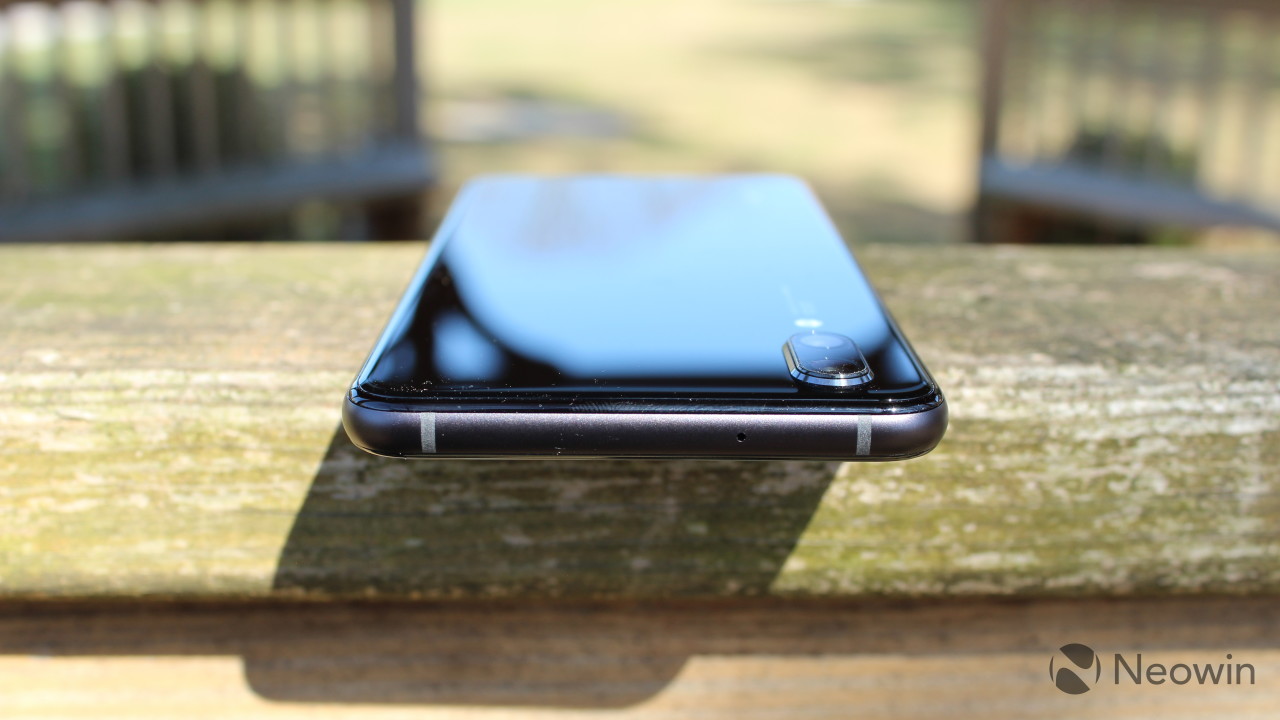 The design is also suspiciously similar to the iPhone X, right down to the vertical dual-camera housing on the top-left corner. I'm OK with that though. Huawei's never been shy about saying that it borrows elements from Apple, and the P20 is no different. 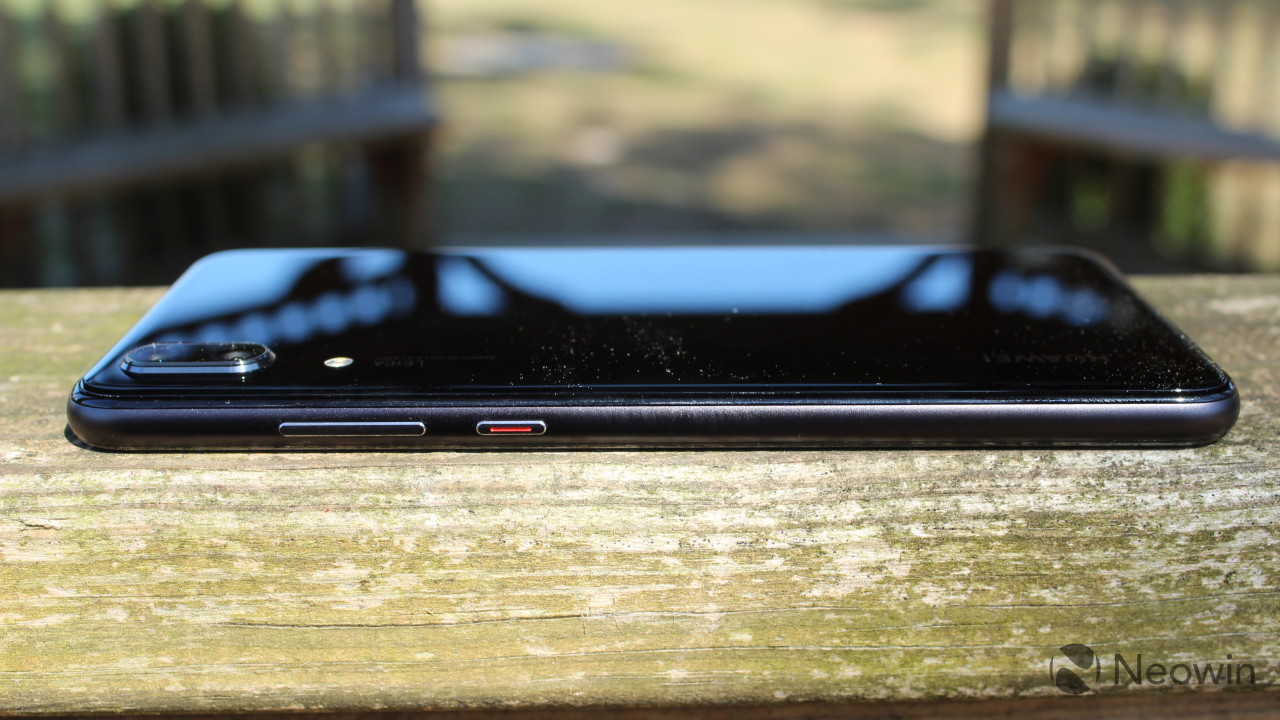 On the right side of the device, you'll find the volume rocker and below that, the power button, which inexplicably has a red mark on top of it. The left side is where you'll find the nano-SIM slot. 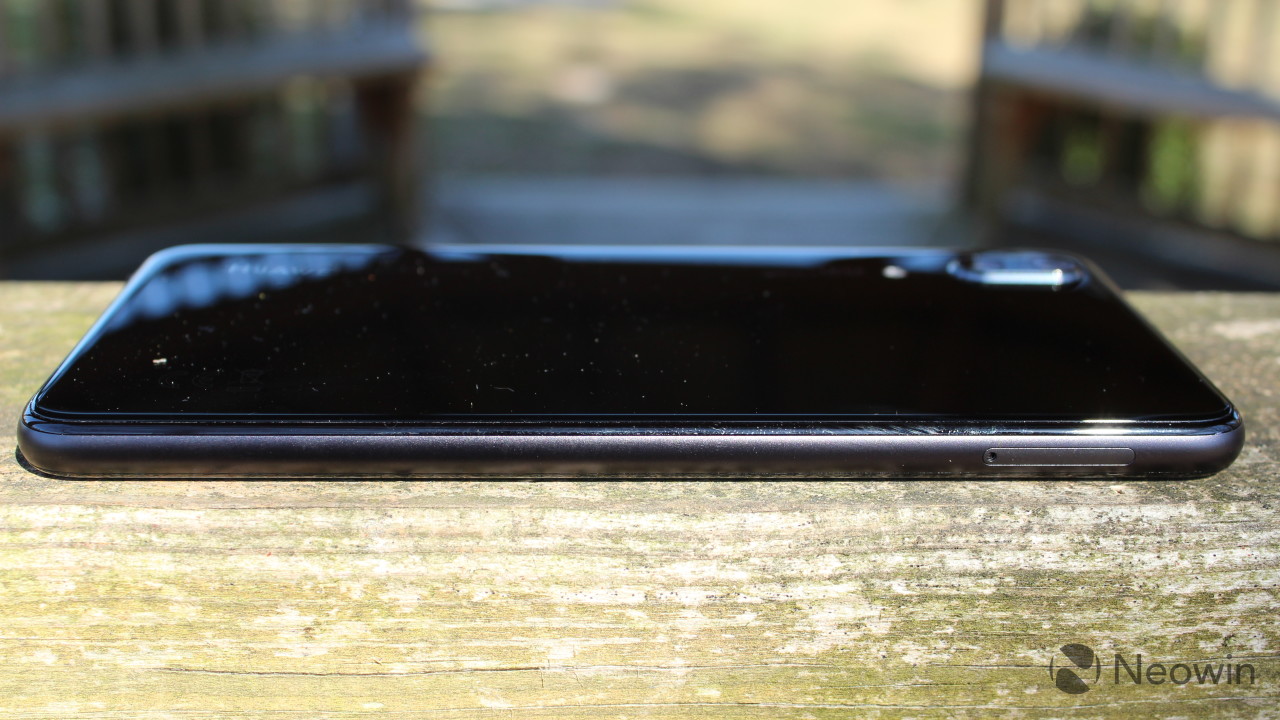 The bottom is where you'll find a USB Type-C port for charging, along with two speaker grills. Unfortunately, that means that there's no 3.5mm headphone jack. If you watched the unboxing video though, you'd see that it actually does come with USB Type-C headphones, along with a USB Type-C to 3.5mm adapter, so you can use whichever headphones you want. 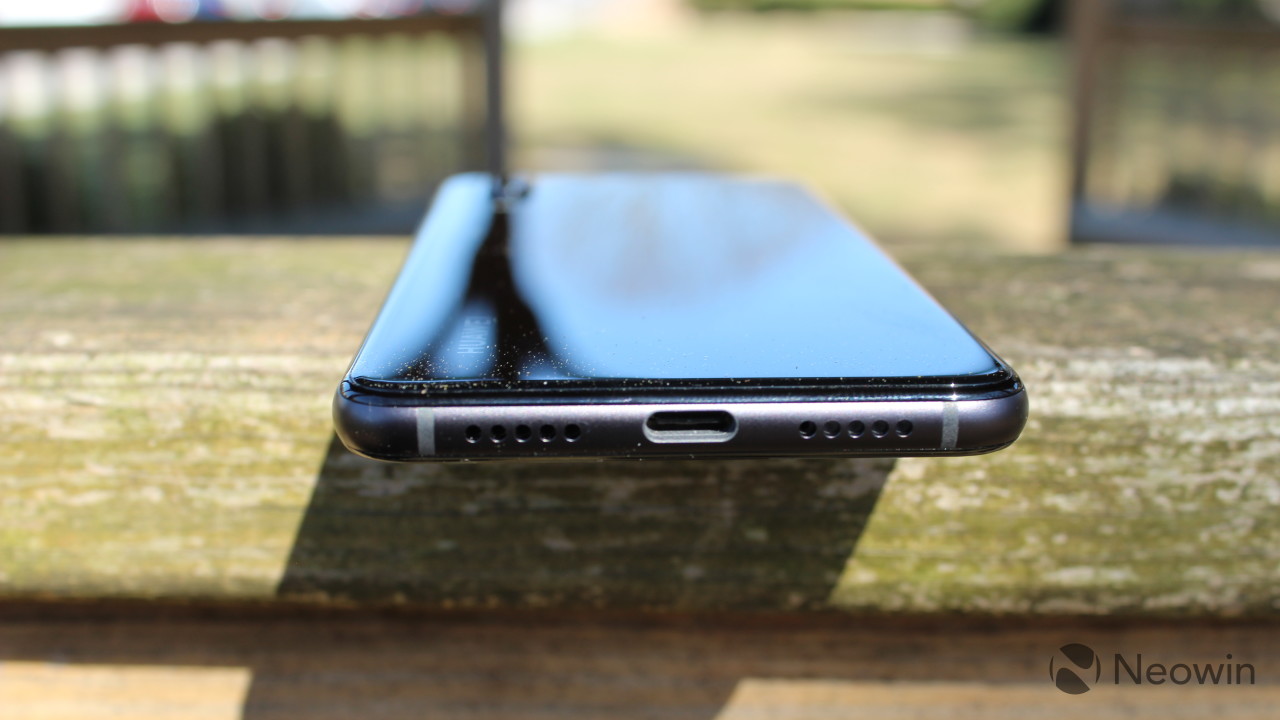 Unlike on the Mate 10 Pro, the fingerprint sensor is located on the front of the device, below the display. And of course, the display has a notch...

The display, and the notch

I'm not anti-notch. I actually think it's smart if it's implemented properly. After all, there's no reason that notification icons should take up valuable screen real estate when we can add some extra space in the corners for status updates. And besides, if you hate it, you can turn it off.

The display is beautiful, as Huawei does use some lovely LCD panels. It's worth noting, however, that this is one of the key differences between the P20 and the P20 Pro, which uses an OLED panel. Both of the screens are 18.7:9, with the Pro coming in at the slightly larger 6.1 inches. 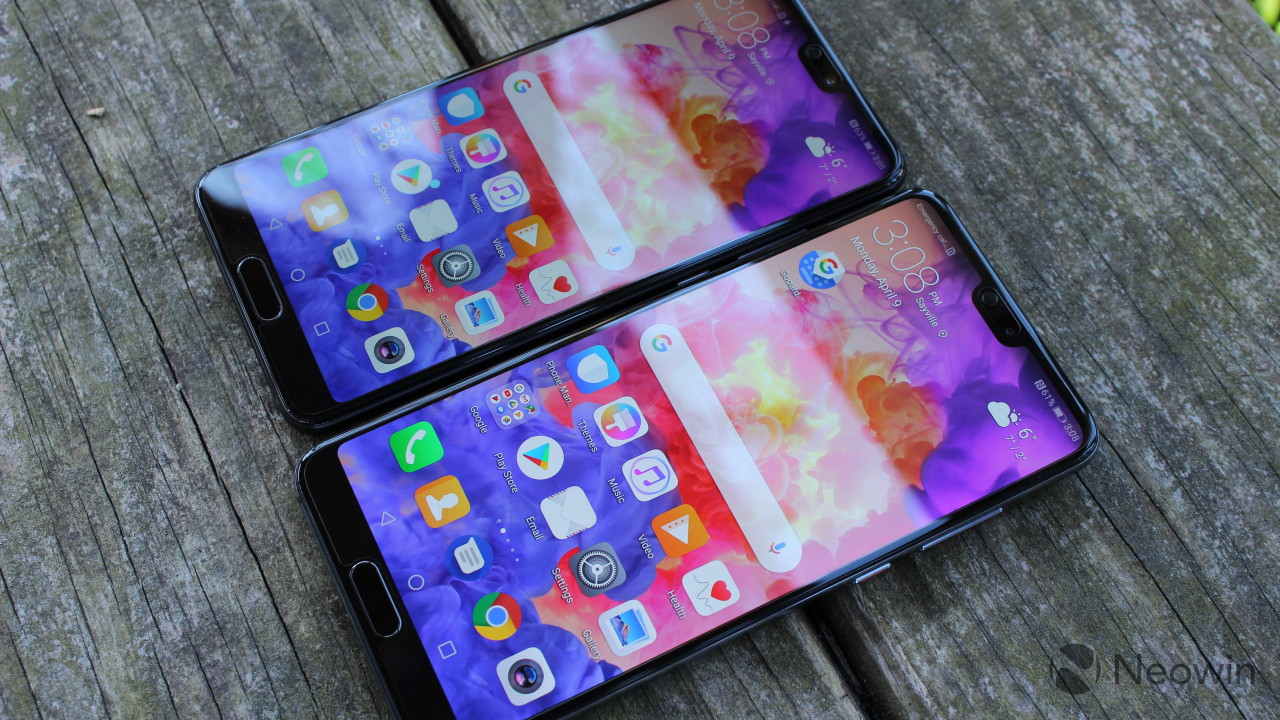 LCD, or liquid crystal display, is entirely backlit. That's why when your TV is showing you something that's all black, you can still tell that it's on. With OLED, pixels can be turned off, resulting in true black. This also results in more vibrant colors. OLED isn't without disadvantages though, as it is more susceptible to burn-in.

Ultimately, I think you're OK with an LCD in this case, because Huawei really does use great LCD panels. It's the cheaper panels that you have to look out for, but this isn't one of them. The main downside that you're looking at is that the device doesn't offer the always-on display option that's on the P20 Pro.

One thing that I've always appreciated about Huawei device is the fingerprint reader. Fingerprint sensors are a bit more commoditized now than they were just a couple of years ago, but Huawei's sensors are still best-in-class. The first time I used one, I found myself trying to unlock the device with other fingers because I didn't believe that it was actually checking anything. 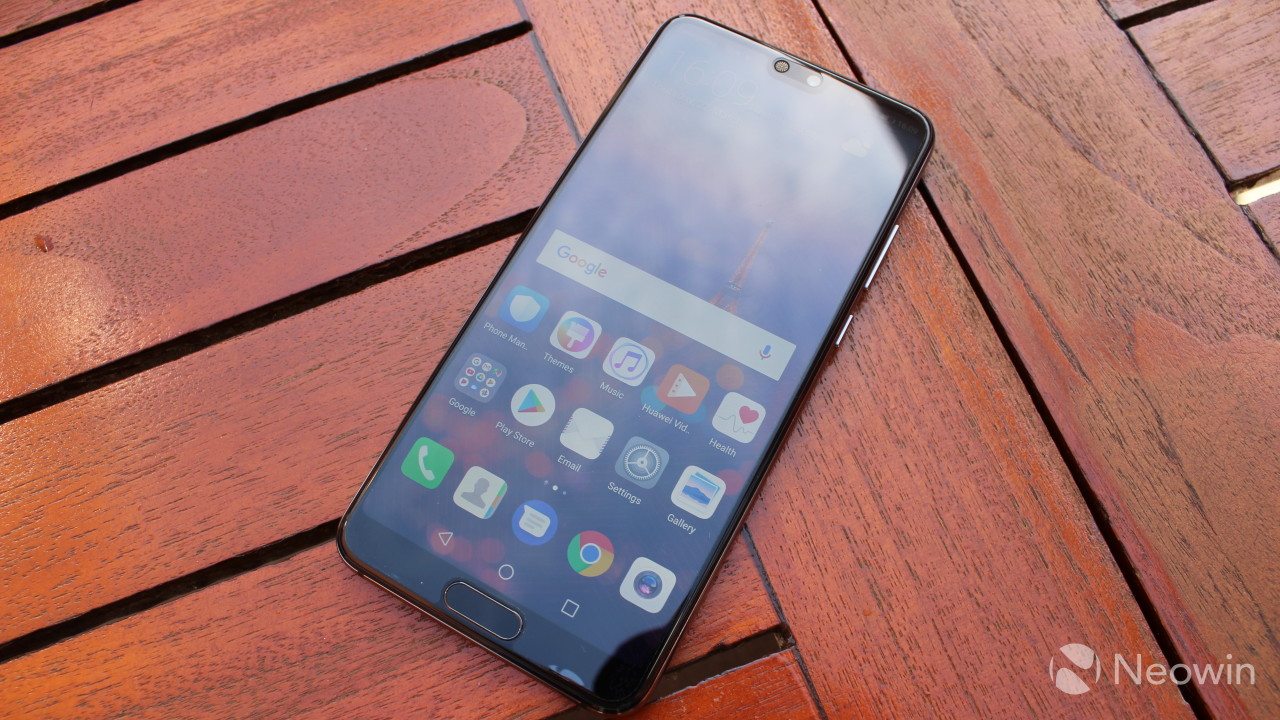 That means that not only is it fast enough where all you have to do is tap it, but it's also accurate enough that it always recognizes your finger.

The button also serves as the source of one-button navigation. Off by default, turning it on will remove the on-screen navigation buttons and you can use the fingerprint sensor for everything. Tap the button to go back, hold it to go home, and swipe across to go to multitasking.

I actually love the one-button navigation feature. My only problem with it is that now, other companies like Motorola are adopting it, but they're not implementing it the same way. This type of thing becomes muscle memory, so it makes it hard to switch between devices. Still, that's not Huawei's fault, and it's also not an issue for the common user that doesn't have a million phones like I do.

The Huawei P20 has a dual-lens camera, rather than the triple-lens configuration that's on the P20 Pro. It has a 12-megapixel RGB camera and a 20-megapixel monochrome sensor, which Huawei says adds up to 2x lossless zoom.

To be clear, Huawei makes phenomenal cameras in its products, especially the flagships that use Leica lenses. Just because it doesn't have the 40-megapixel sensor that the P20 Pro has - which is frankly wonderful - that doesn't mean that it's not still above and beyond the competition. 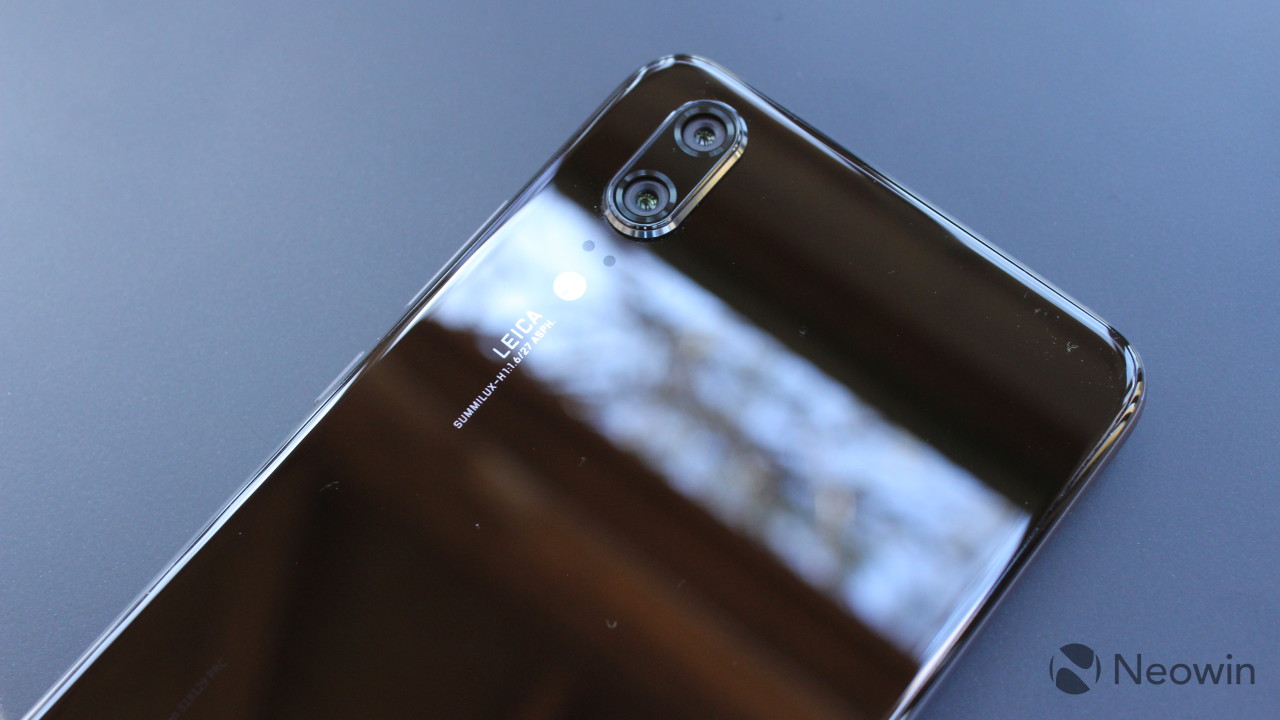 One thing to note is that Huawei has (finally) overhauled its Camera app. Rather than having to swipe in from the left or right to get to different settings, it now works like most other apps. There's a slider at the bottom to switch between different modes, and there's a settings icon on the top left. You can also finally clear the AI camera suggestions, something that you couldn't do before. Usually, the AI camera makes your photos better, but if it doesn't, at least you can turn it off temporarily.

And like all of Huawei's flagships this year, it has what the company calls an AI camera. The Kirin 970 processor has a Neural Processing Unit, and that means that it can see what it's looking at and adjust the settings accordingly. Whereas the Mate 10 Pro only had 13 settings, the P20 comes with 19 settings now, and older devices will receive the new scenes in an update.

Let's take a look at some samples:

Personally, I love the results here. The Huawei P20 handles even the trickiest of lighting conditions quite well. The device also has a feature that Huawei calls 4D Predictive Focus, and that means that if you're taking a picture of something like a flower on a windy day, it will focus on where the object will be next. You can see from the image of the orange flower that it works quite well.

Also, it's worth noting that the monochrome sensor is excellent for taking black and white photos. Unfortunately, the AI features won't work, but the images look far better than if you took a color photo and converted it.

As you'd expect from a dual-lens camera, it offers a depth effect. Aside from portrait mode, there's a wide aperture mode, which does the same thing except it's not for people.

The front camera on the P20 is 24 megapixels, which is quite a lot. This also leaves some room for lossless zoom, or cropping after you take the photo. Sadly though, the front camera only records video at 720p 30fps, and there really isn't an excuse for that.

The rear camera, however, can record video at 4K 30fps or 1080p 60fps. Sadly, there's still no 4K 60fps, like we've seen from Apple's new iPhones and the Samsung Galaxy S9. It does have slow-motion video capture at 960fps though, which is becoming a popular feature.

I stitched together some samples of 720p 960fps slow-motion video:

It's a cool feature, but I'm not sure how practical it is in real life. Like live photos, it seems like you'll need to press record at the perfect time to get the video that you want.

When it comes to flagship smartphones these days, performance is almost a footnote. In reality, if you buy a flagship phone, the performance is going to be more than what most people are using the device for. 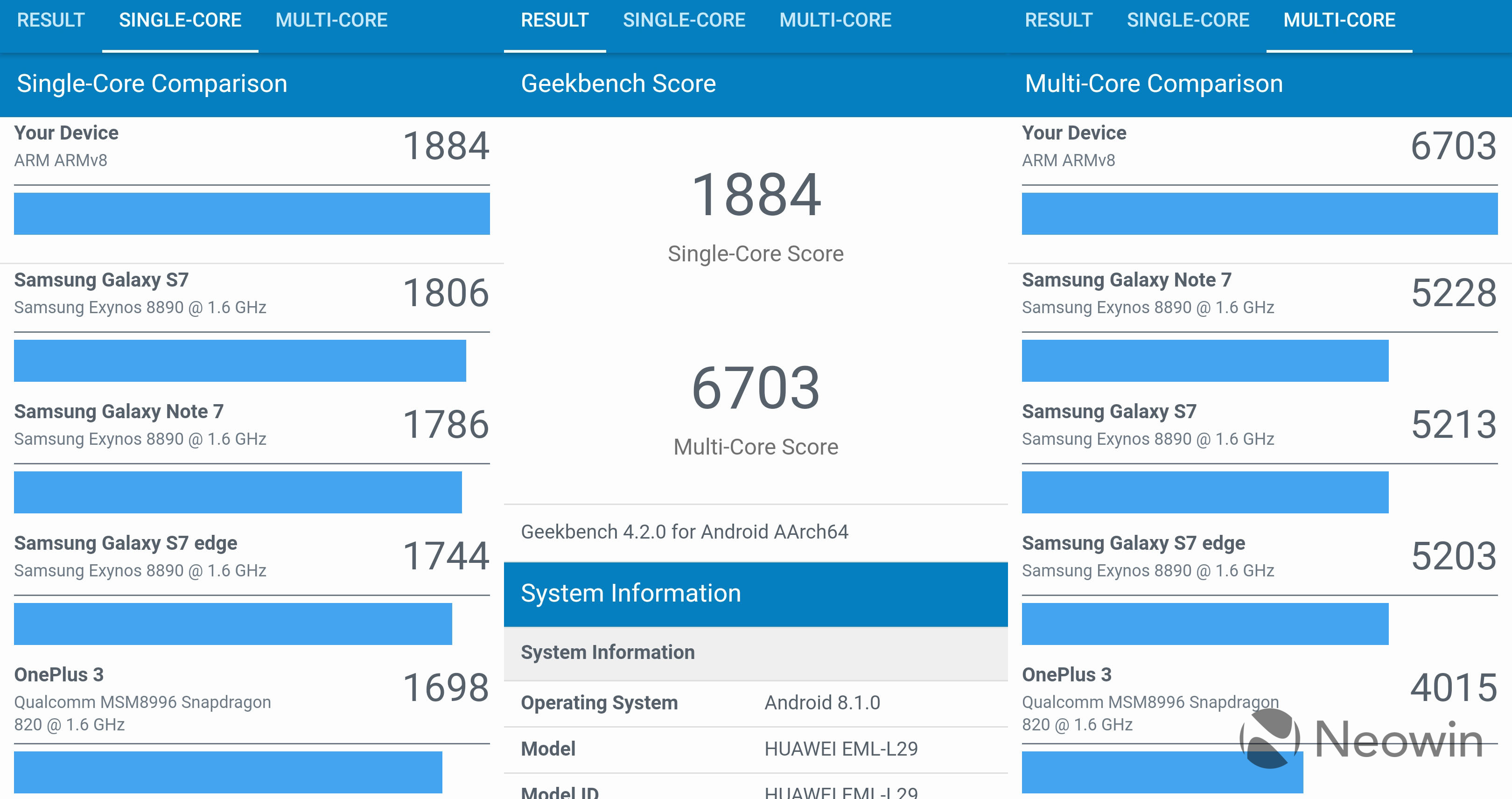 As you'd expect, the results are right on par with what we saw from the P20 Pro, and it's about the same as the Snapdragon 835 in the Galaxy Note8, which scored 1,866 on single-core and 6,539 on multi-core. The Snapdragon 845 is beyond that, although we'll save those spoilers for the LG G7 ThinQ review that's coming in a couple of weeks (shameless plug). The iPhone X is still on top though, scoring 4,237 on single-core and 10,112 for multi-core. 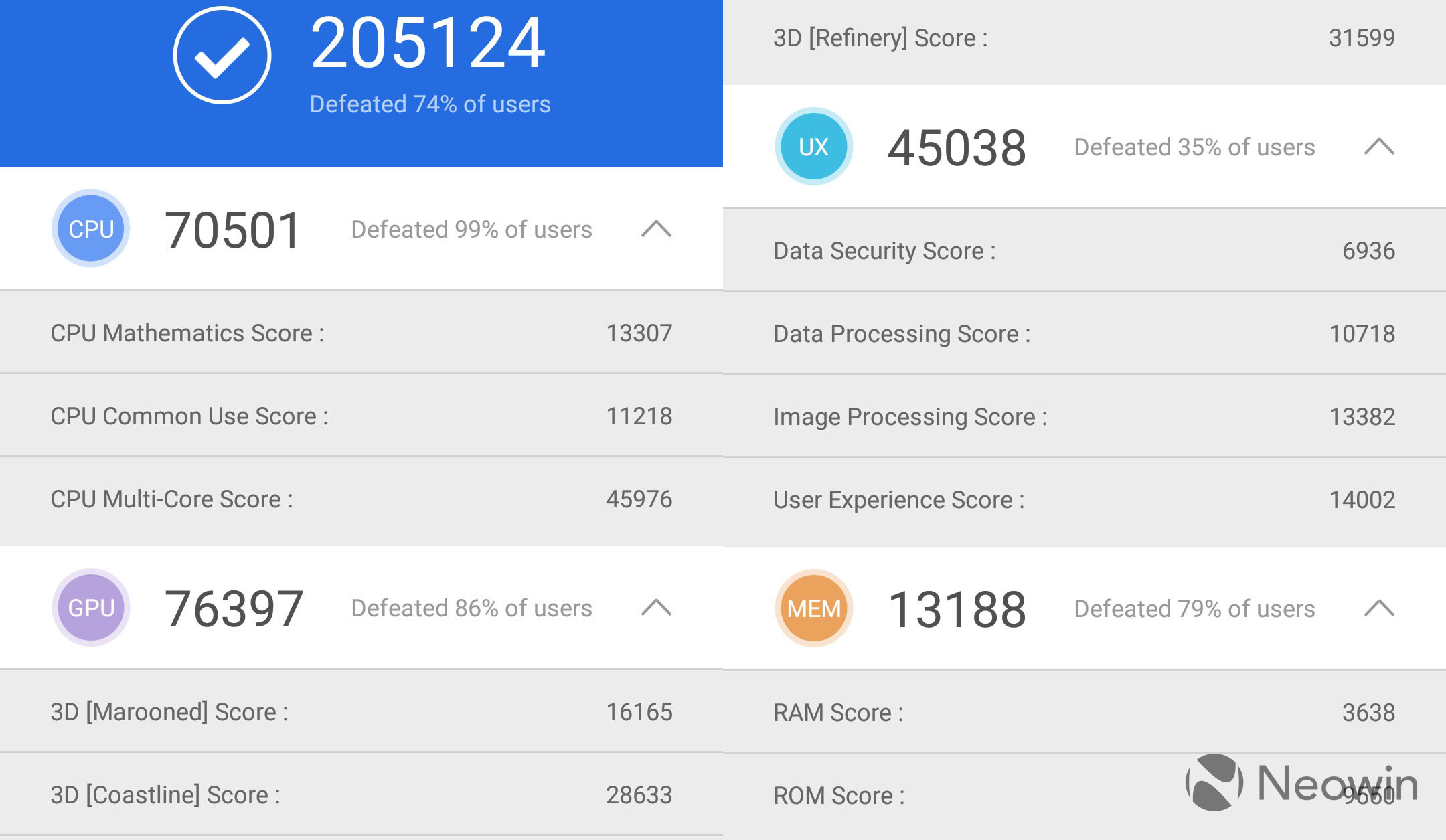 Once again, the test is right on par with the Snapdragon 835 and other devices with the Kirin 970. Finally, GFXBench tests the GPU.

To clarify, the offscreen tests are meant to put all devices on an equal ground. For example, a 1440p display has a lot more pixels to push than a 1080p display, so it wouldn't be fair to compare the GPUs of two such devices, unless they're set to the same resolution.

As far as battery life goes, the 3,400mAh battery performs as you'd expect it to. You shouldn't have a problem with it lasting all day, especially if you're not using it constantly. If you do think you need more, check out the 4,000mAh battery in the P20 Pro.

The battery life should get better too. With the Neural Processing Unit, Huawei says that the device learns how you use it and optimizes accordingly.

As I mentioned right from the start, I do enjoy Huawei's flagship devices, particularly the P-series. Not only do they have excellent cameras and camera features, but they just seem to be well-made and well thought out. 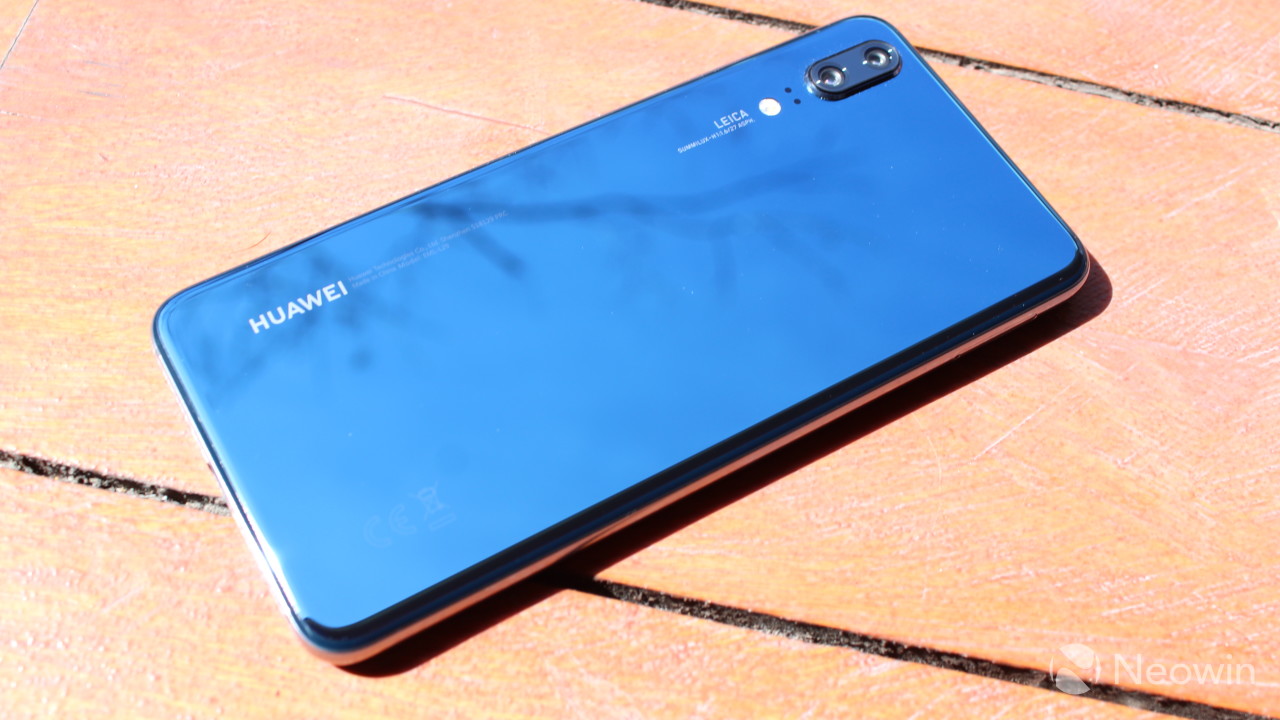 I've noted the issues that I have with it, such as the lack of 4K 60fps video capture when many flagship phones are finally beginning to ship with the feature. Also, wireless charging would be really nice, and there's something to be said about the simplicity of a headphone jack.

But still, the Huawei P20 has one of the best cameras around, probably only bested by the P20 Pro. Not only is it fast with a hybrid autofocus system, it predicts areas to focus on moving objects, which is huge. We've all tried to take pictures on a rainy day, and it can be tough. The AI camera makes your images better, and if they don't, you can finally turn the feature off if you need to.

Ultimately, the P20 is a fantastic device that I can recommend to almost anyone. Sadly, it's not available in the United States, although I didn't have a problem getting 4G LTE service on T-Mobile, so if you can get your hands on one, go for it. If you're outside of the U.S., you're in an even better spot.